Home Entertainment God Of War On PC Receives Fixes And Adjustments In Its Latest... 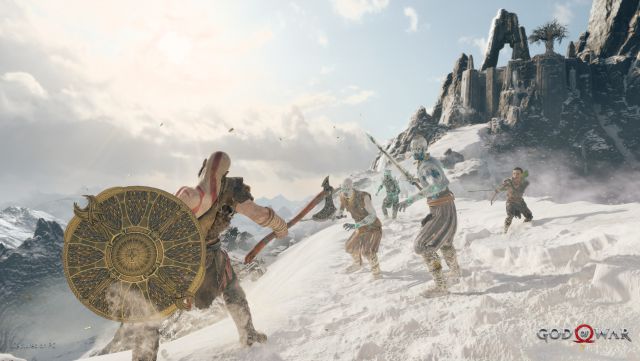 God Of War: Sony Santa Monica releases a new update for God of War that fixes a multitude of bugs related to HDR and DLSS, in addition to other elements. God of War on PC receives update 1.0.5, now available on Steam. Sony’s Santa Monica title receives several corrections in some of the most relevant graphic settings, such as DLSS and HDR. In addition, the team introduces a new mouse aiming mode.

“This new mode works by ignoring the default implementation of mouse to camera conversion,” they comment in the notes. “Additional sensitivity adjusted by hand can be done by modifying the values ​​in the settings.ini file in the installation folder.” Of course, they warn that when using it you should not activate the aiming aid.

In-game symbols will now correspond to the controller type you have selected in Steam.
Setting the DLSS sharpness setting to 0 will now properly disable the feature.
Interactions between the game and the taskbar will now work correctly in borderless full screen mode.
Game sound will now be muted when the app is in the background.
The TAA will no longer cause blurring when the render scale is below 100%.
Borderless fullscreen mode will now not impact visibility when using alt+tab toggle.
The interface will correctly display items if you have placed an action on the mouse wheel.
HDR brightness will now not be affected by the SDR brightness setting.
New functions

Added option to minimize to borderless full screen when center is lost.
Added an error message when the game is unable to open or save to a save file.
Precision mouse mode.
If you are one of the users who have been affected by performance issues on AMD graphics cards, you should know that the study has already identified the problem. They are currently investigating solutions that may be introduced in future patches.