Home Entertainment Goblinz Studio, a Studio That Prefers Games That Make You Use Your... 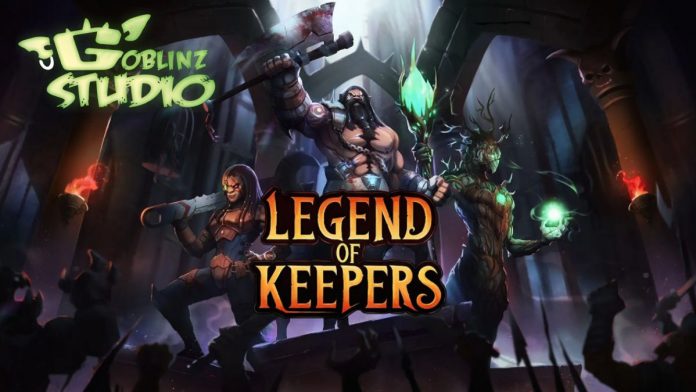 Goblinz Studio: We interviewed Johann Verbroucht, founder of Goblinz Studio, a developer and publisher specializing in strategy games.Legend of Keepers is a game where you don’t control the good guys. The heroes break into the dungeon with the intention of cleaning the place of treasures and enemies, but they do not know that they will meet the members of the security company Mazmorras S.A. The objective? Crush the heroes and improve your position in the company. This is the premise of the new video game from Goblinz Studio, an independent publisher and developer who works on titles more focused on using the brain than on psychomotor ability. Johann Verbroucht, its founder, has answered MeriStation’s questions.

Goblinz Studio was born in Thionville (France) more than five years ago. Now, 2021, the year in which COVID-19 is still with us, will mark a milestone for them: they will launch five different titles, among which are Snowtopia, Diluvian Winds and the aforementioned Legend of Keepers. This time of uncertainty has not changed their way of carrying out their work, since they were already teleworking before the pandemic. However, he has “psychologically” touched the team members. “We have observed a direct effect on motivation.” According to the developer, some colleagues who live in cities have been affected by the interruption of their social life.

The philosophy of the study responds to the following motto: “We make games in which you have to think, plan and worry about your actions.” Verbroucht used to regularly play Final Fantasy and was a fan of “such titles”, because he says that he prefers “to use his brain before his ability” when he takes control (or keyboard and mouse). The team opts for strategy products that pose the resolution of “challenges.” When selecting the projects to be developed, they use a curious mechanism in which team members vote. In addition, they have “different processes” for the entire team to participate in the design of the games.

Creating a study from scratch is not easy. This developer did it while learning marketing, a tool that not all companies take into account, but whose importance is crucial when launching a video game. In fact, “talking about money is not a common theme” among independent studios. “A lot of people don’t want to talk about it,” he asserts. They are focused “on the quality of the art and the video game, but sometimes they invest all their money in production and they run out of money for marketing, so they cannot continue with a second project. It’s really sad, ”he emphasizes.

In France, they have systems to promote culture. One of them “directly affects production” and consists of “a reduction in taxes.” In this way, studios can recoup part of the money they invest. However, in line with the aforementioned, the same is not the case with regard to marketing aids. “It is considered not that important,” he laments. Despite the production aid, the problem in France is that there are not many publishers due to the lack of “private investors”, but there are “a lot of production”.

Goblinz Studio is very mindful of the gamer community, which is why they have opted for the early access model for their titles, which includes Legend of Keepers. “I’m a big fan of early access because you can communicate directly with the developers and make suggestions,” he explains. From the point of view of the creators, it is possible to “add a good number of improvements”. The creative is aware that “there are companies that fear” this option, since they are afraid “of losing control of the project”, as well as not being able to “manage the feedback”. For Verbroucht, on the other hand, it is very positive because it allows to implement novelties to the video game while they are developing it, as long as “negative feedback” is accepted.

Can user opinion interfere with creative vision? “I think when you get your vision across to the player in that first draft, it’s not a big problem anymore,” he argues. He uses Legend of Keepers as an example, which from the beginning was conceived as a dungeon crawler in which you manage baddies. He argues that the “vision is not in the details”, which is what users often ask for. In any case, the new Globlinz Studio has managed to attract more than 100,000 players in its early access. “For us it is a great success. We have already seen that many players have it on their wish list, but we did not expect to achieve this in early access ”.

Legend of Keepers went on sale on April 29 for PC through Steam, Epic Games Store and GOG.com. The Nintendo Switch is also available.

The Promised Neverland: anime series will have season 3?