Home Home Page Goblin, Sulli’s cat has a new owner after her death 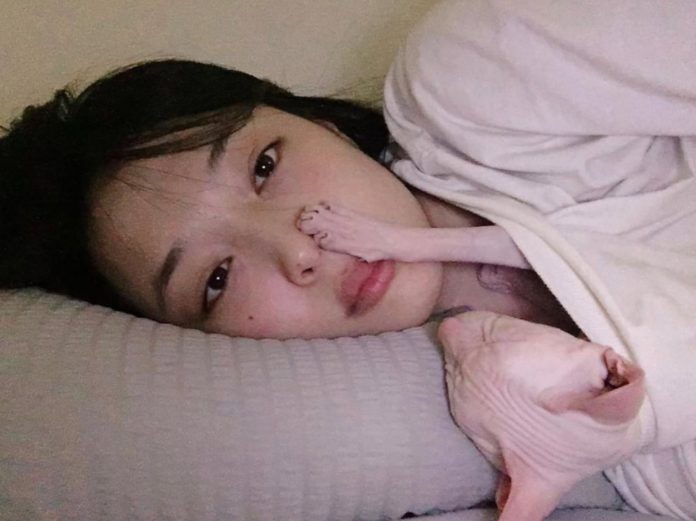 Goblin, Sulli’s cat has a new owner after her death. A close friend of the singer, decided to take care of her pet.

5months after the death of Sulli, a former f (x) member, fans and friends of the singer continue to remember her with great affection.

After her death, her pet was temporarily adopted by her partner Super Junior’s Heechul, with whom he had a very close friendship, but the cat named Goblin has found a new home.

Through her Instagram account, Korean actress Kim Sun Ah published a series of photos of Goblin, the Sphynx breed cat that accompanied the idol in life. Sulli starred in the movie “Real” alongside Sun Ah, who managed to form a friendship and therefore she will take care of her pet.

The actress explained that Heechul took care of her for a time and was aware of her health, since she admitted that it was difficult for her to even see Goblin after the death of her friend, so she felt insecure about being able to take care of her.

Sun Ah shared a video of Goblin , as she wants fans to be able to see and follow Sulli’s pet as well .