Home Music News Go ahead! The team announced a new album “Get Up Sequences Part... 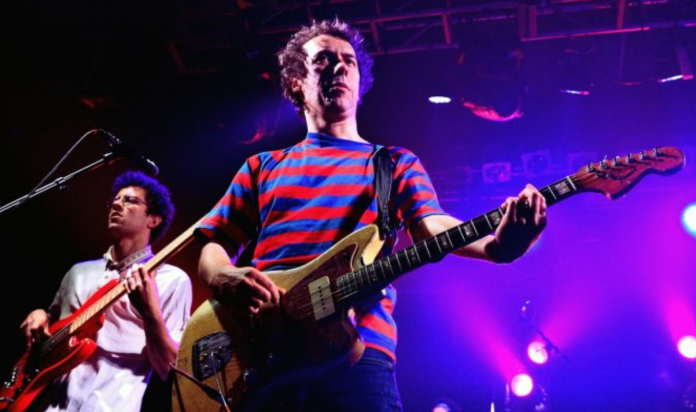 Listen to the protest song against the choice of “Divebomb“.

Go ahead! The team announced their new album “Get Up Sequences Part Two” and shared the first single “Divebomb“. Check it out below.

The Brighton-based band, who released their sixth album “Get Up Sequences Part One” last summer, will return with “Part Two” on February 3, 2023 via Memphis Industries.

The first single “Divebomb”, a psychedelic, upbeat track with retro electric guitars and siren sound effects, was recorded with the participation of Detroit rapper IndigoYaj, who is strongly in favor of choice.

“Protest songs have always been a balancing act”, The Go! This is stated in a statement by team representative Ian Parton. “If you’re too sledgehammer, it’s going to be obscene, like the “Winds of Change” Scorpions or something, but at the same time, given what they’re trying to do with abortion rights, it’s weird to ignore it.”

Parton also described the upcoming album as a “global fruit salad”, saying that he traveled to Benin, Japan, France, India, Texas and Detroit to work with various musical collaborators.

Among the invited collaborators are Star Feminine Band, Bollywood singer Neha Hatwar, Kokubo Chisato from the J-Pop group Lucie Too, Nitti Scott and Hilary Bratset, who previously worked in Apples In Stereo.

Find the full tracklist of “Get Up Sequences Part Two” below.

Go ahead! The team will also embark on a UK tour in March 2023. Tickets will go on sale tomorrow (September 30) at 10:00 Moscow time, and they can be purchased here.

Rock and roll legend Jerry Lee Lewis has died at the...