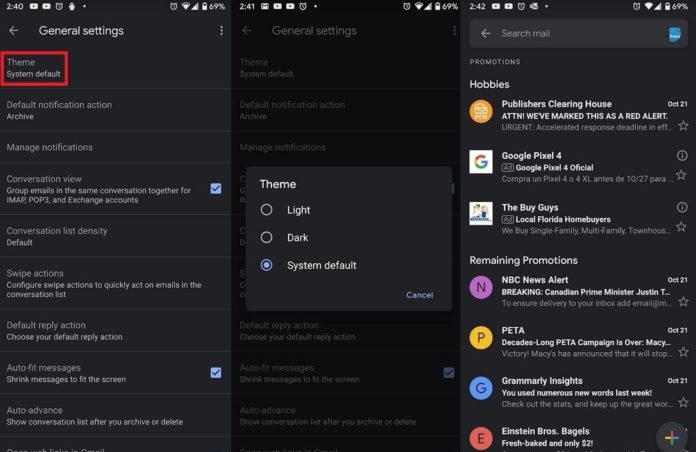 Gmail, Google’s official email application, offers dark mode support integrated into the operating system. According to information shared by some users on social media and technology forums, Gmail dark mode support has disappeared on some phones.

Some Android users have reported that there is no dark mode support in the 2019.12.30.289507923 version of Gmail, which was released recently. The number of posts on social media networks such as Twitter and Reddit, indicating that Gmail’s dark mode has disappeared, has increased.