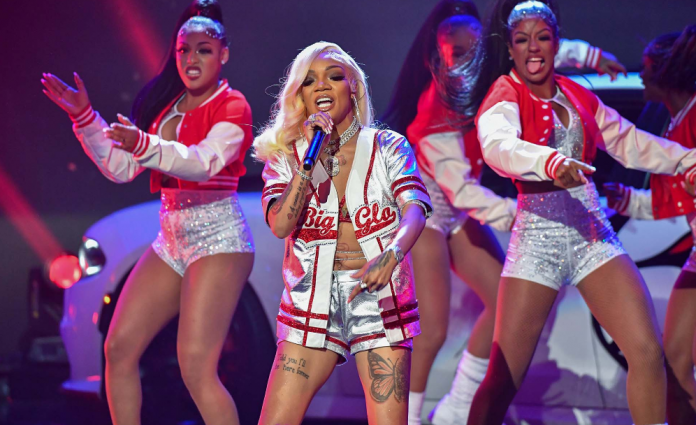 Memphis rapper Glorilla has announced his debut EP “Anyways Life’s Great”, released on November 11 via Interscope. The EP will include her single “Tomorrow 2”, which she will release with Cardi B, and previously — “Blessed”.

Gorilla became the best debutant at the BET Hip-Hop Awards 2022, which took place last night (October 4). At the ceremony, Hitkidd performed his collaboration “FNF (Let’s Go)” and his song “Tomorrow”. Watch the footage of the performances below.

The rapper is also featured in the release schedule of “Song of the Year” for “FNF”. “Tomorrow 2″ with Billboard Hot R&B/Hip-hop songs debuting at number 3 and the Billboard 100 at number 9, resulting in Gloillaz entering the top ten. At the end of the single, he also performs the 11th of Cardi’s 100 hits.

Another nominee, Brooklyn rapper Fivio Strange, defended Gorilla and will make him the best breakthrough performer. Fans said on social media that Fivio “didn’t howl” after the show.

I wasn’t robbed,” he tweeted. “The right to play “Glorilla” [I am] very happy for him.

Meanwhile, Kodak Black at this year’s BET Hip-Hop Awards ceremony revealed that the sequel to Lata’s song of the Year will lift BET. The Florida rapper expressed his dream on social media about staging Latto’s “Big Energy” and about a new dream called “Super Gremlin” in the show.

In Instagram Live (all this is used as a plot) he also sarcastically said that “Frapuccino” was used.

“They’re probably yelling at BET, give him that shit,” he said. “I told [people] a few weeks ago. Watch them play with me and give me frappuccinos.”

On the social network, Kodak Black complained about the shit that her women use, and called it “for the series.” Also for everyone calling for a “boycott” of BET and that very “public”.

Latto didn’t seem to respond to the rapper’s comments and was somewhat corrected on Instagram with the caption “Frappuccino” in response.

In a message at Glorilla’s BET Awards ceremony, it was announced that her first EP “whatever” was released on NME for the first time on NME.