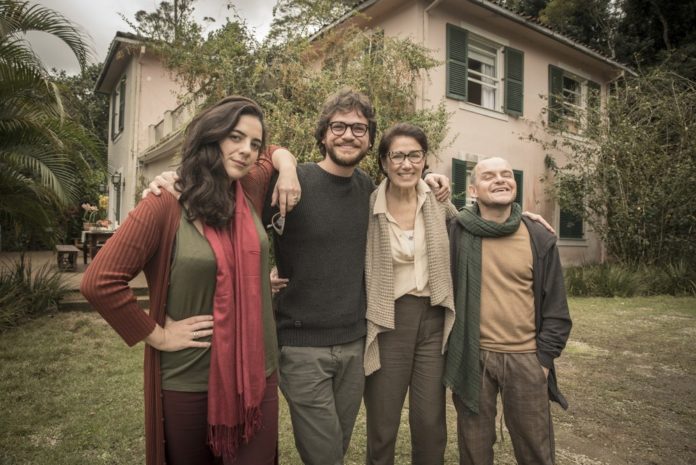 Globoplay released the list of series that will enter the streaming catalog in April. Among the releases, there is the romantic comedy “Todas as Mulheres do Mundo”, the original production of the platform that pays homage to the work of playwright Domingos Oliveira. Among other titles that will be made available are the medical series “Chicago Med”, “Parks and Recreations: Leslie’s Confusions”, “Men are from Mars and that’s where I go” and the ninth season of “The Walking Dead” .

“All Women in the World” will have 12 episodes, all based on characters from Domingos Oliveira’s work, including unpublished contributions by the writer himself made exclusively for the series. Each chapter will highlight the life of a different woman, but who have in common the fact that they felt love at first sight by the same man, Paulo, lived by the actor Emílio Dantas. The cast also features Sophie Charlotte, Matheus Nachtergaele, Martha Nowill, Maria Ribeiro and Lilia Cabral – all of whom lived or worked throughout their career with Domingos, who passed away last year.

“Chicago Med”, spin-off of the “Chicago Fire” series, will also arrive in the Globoplay catalog in April. The production follows the team at the Gaffney Chicago Medical Center hospital as they face challenges in treating their patients, with a dose of romance among the medical team. Globoplay already offers other medical series to the public, such as “The Good Doctor”, “Hospital New Amsterdam” and “Nurse Jackie”.

In “Seal Team – Elite Soldiers”, elite military personnel from the United States Navy plan and execute high-risk missions around the world to preserve the country’s security. Another successful series that hits the platform is “The Walking Dead”. In the ninth season, the production takes a leap in time and maintains the search for survival after a zombie apocalypse.

The series “The Men are from Mars and that’s where I go”, originally shown on the pay-TV channel GNT, also arrives at Globoplay in April. Starring the actress Mônica Martelli, the production tells the story of Fernanda, who tries to reconcile her personal and professional life after going through a divorce.

Only two productions had their debut dates revealed: “All Women in the World” will arrive on April 23 and “Seal Team – Elite Soldiers”, on the next 3. The remaining productions will be made available in full to subscribers during the month. Check out the list of series that will premiere on Globoplay in April:

Qualcomm will solve the problems of wireless headphones