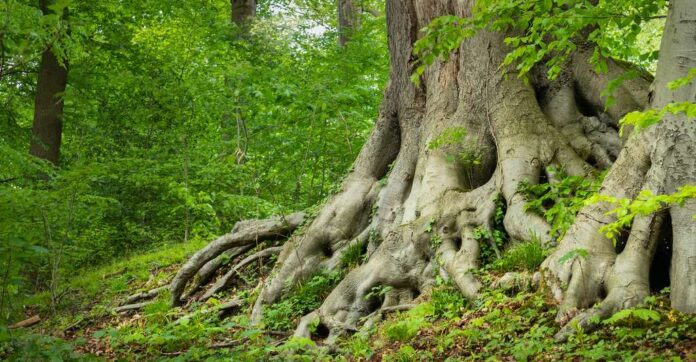 Increased temperatures and CO2 levels in the atmosphere. Increase in the number of diseases, fires, droughts and storms. A study by researchers from the Pacific Northwest National Laboratory (United States) reveals that all these phenomena linked to the current global warming have led, over the past century, to a dramatic drop in the age and stature of the world’s forests .

“This trend is set to continue,” said Nate McDowell in the press release. And a planet with fewer large and old forests will be very different from the one we are used to. Old growth forests often harbor much more biodiversity than younger forests and store more carbon. ”

A combination of factors

Researchers say that while higher levels of CO2 in the atmosphere may suggest an increase in the growth rate of trees, most forests face nutrient and water limitations that prevent them from thriving. Rising temperatures limit photosynthesis, growth and regeneration of the forest while increasing tree mortality. Droughts can have a direct as well as an indirect impact when they bring pests or other pathogens into the forest.

Other studies have already shown that forest fires could be more and more frequent. And after a fire, the trees grow more slowly. Or don’t grow at all. What researchers call biotic deforestation is also increasing. In the tropics, for example, vines that use other plants as hosts literally smother the trees. Finally, of course, deforestation linked to human activities carries serious damage. Again, when trees are replanted on harvested land, they grow more difficult.

How do trees respond to climate change?

Predicting how forests respond to increasing atmospheric carbon dioxide concentrations over the decades requires understanding how each tree, individually, will behave. And we largely ignore it. A recent study takes stock. Yes, the tree adapts …

In addition, the evapotranspiration of the plant is also done through the stomata. The reduction in the density of the stomata therefore results in the reduction of water losses.

On the scale of the long life of a tree, what effect can an increase in the atmospheric concentration of carbon dioxide have? The interest of the phenomenon goes beyond plant physiology and also concerns forecasts of future climate changes. In models attempting to model the role that forests will play in the evolution of the climate over the next 20 to 100 years, the individual reaction of trees is indeed a crucial parameter and yet poorly understood.

This is the point that Abraham Miller-Rushing and his colleagues wanted to shed light on, which examined the samples of 27 trees (maples, oaks and charms) from the Arnold Arboretum in Boston, Massachusetts from 1893 to 2006. The researchers measured the density of the stomata but also the size of the two guard cells, forming the wall of the stomata, which conditions the functioning of this orifice.

“Changes in stomata and water use efficiency can have a big impact on plants and can alter their ecosystems and the carbon and water cycles,” says Abraham Miller-Rushing, lead author of the study, published in the journal American Journal of Botany. For example, soil moisture, runoff and river flow could increase and the tolerance of plants to drought could improve. ”

They finally found, on oaks and charms, that the efficiency of intrinsic use of water did not change significantly. It therefore seems that the tree compensates for the increase in carbon dioxide by varying the density of the stomata on its leaves as well as the size of the guard cells.

However Miller-Rushing underlines that this study allowed the development of a new working method: to use samples of the same tree taken over several years, which is often the case in the herbaria of botanical gardens.