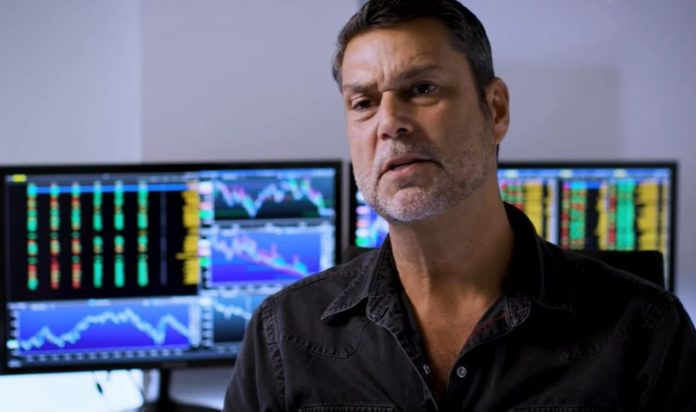 Global demolition scenario and Bitcoin commentary from Raoul Pal. Raoul Pal, former gold fund manager for Goldman Sachs, said that the outlines of the global economy have stopped working and that the entire system is at risk of loss. Explaining that he closed all his short positions in stocks, oil and HYG, Pal said that he currently holds all his assets in dollars and Bitcoin.

Raoul Pal, former Goldman Sachs free investment fund manager, made remarkable statements regarding the future of the global economy and Bitcoin . In his statements that went viral on social media, Pal argues that the central bank balance sheets will explode to an unimaginable level and are now at risk of losing the entire system.

“The dollar system is at risk”
Pal said, “I closed all short positions in stocks, oil and HYG, and I also closed bonds some time ago. Now I am 100 percent focused on the US Dollar, a demolition tool. I do not think that the power of authority understands what is going on in the market and can interfere with them. They shut down one by one. The outlines of the global economy have stopped working and all liquidity has disappeared. As a result, it will be a great struggle for the amount of dollars we have never seen in our lives. We last saw in the 1930s that money was poured into the US markets, causing a devaluation as expected against gold. As I always say, this time the dollar system is at risk. And it will collapse not with the weakness of the dollar, but with its strength. I don’t see any mechanism to stop this. The fall of the oil price to $ 22 in a few weeks is a burden that the fund markets cannot bear. There is not enough dollars in the middle when the world is officially going to close. There is no mechanism to alleviate this situation. There’s no way to get the $ 15 trillion dollars you need into the US with an external source. ” says.

See Also
Bitcoin May Have a Small Ripple This Week

“A global crisis that cannot be imagined …”
In the continuation of his statements, the former fund manager states that this will be really bad for developing markets, global economies and banking systems. Pal will say, “After all, we will have to create a new system from scratch. Global central banks have been telling us this for a long time. It will take time to collapse, and the central bank balance sheets will explode at levels that are unimaginable. We created this perfect storm. An unimaginable global finance, economy and possibly humanitarian crisis that will take everything we can to stop this… I’m not sure it’s possible. We should also calculate a few unexpected results and hope for the best. ” commenting.

The founder and CEO of Global Macro Investor recently stated that he kept all his assets in dollars with Bitcoin, and that Bitcoins continue to add, and then used the following statements:

“I cannot express how optimistic I am in Bitcoin. We are now at risk of losing the entire system. They will find a way to save him, but all trust is lost. ”

Billie Eilish takes a look at her childhood memories

Camera records the world from the back of a beetle

Cardi B does not trust preventive measures against COVID-19