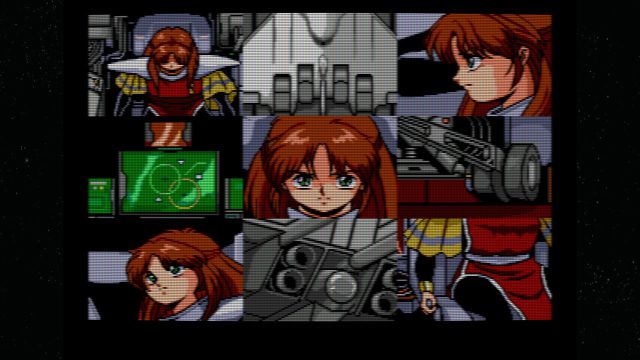 Gleylancer: Now we can enjoy this Masaya classic without having to pay the € 600 that it usually costs to buy a complete cartridge on Ebay. Advanced Busterhawk Greylanser is one of those games that contains a certain air of mystery and fascination among those of us who live in the 16-bit era and experience first-hand the phenomenon of not having certain games, some very attractive, at our fingertips. You had your console and a selection of titles that you could buy in stores (depending on what your pay allowed) but you couldn’t access the entire catalog of your system because it was simply not available in your region. Yes, there were ways to access them but they were tortuous and expensive, within the reach of few, and implied numerous barriers beyond the economic one (regional incompatibility, incompatibility with numerous European televisions due to the PAL / NTSC difference, different types of voltage and, of course, the Japanese barrier).

From that scene, numerous legends were born, titles that only appeared in our eyes through specialized video game magazines. We had no video then to see what the game was like in motion, only static screens and the exalted comments of the lucky professional with direct access to the treasure brought from Japan. A part of these games began to combine a series of specific elements such as rarity, attractiveness and a certain image of a “hidden gem” that turned them into collectibles, beginning an escalation in prices until they were sold at the price of gold.

In that category was undoubtedly Greylanser. Released in a summer of 1992 for the Mega Drive in Japan, the game crashed to the indifference of a platform that never came to shine in its native country as it did outside of it. An unkind review from Famitsu (22 of 40), the competition with a Thunder Force IV that came out just a few days later, and an icy response from the shops caused few units to be thrown away and any plans to take it to the west were canceled. And that the studio, Masaya, was very competent and already had several international hits under its arms (the beautiful conversion of Prince of Persia on SNES, notable shmup like Hellfire or Gynoug / Wings of Wor, or the excellent Langrisser that would reach the West like Warsong). The fact is that Gleylancer, with its spectacular cover, was seemingly cornered in the corner of 16-bit history. Or so it seemed.

On the one hand, from outside, some media specialized in the Sega console took notice of the game and gave it coverage, putting it in the eyes of an enthusiastic public always eager to know the latest news. Good graphics, anime presentation and a writer highlighting its playable virtues or its striking soundtrack. Was it going to compete with Thunder Force IV? How many great shoot’em ups was the console going to treasure? When did he get here? The fan asked himself all those questions, hoping to be able to get the glove for his console soon, without knowing that he would never have the opportunity to do so. But the memory was there, the myth grew and where there are myths, there is money. Even within the Japanese borders it was developing a certain status of a cult game and that interest from within and without made it become one of the most expensive games to buy second hand (get an original copy today with your box is usually between $ 500 and $ 600).

“Very strange things”: Steve Harrington was supposed to die in the...