According to information shared by research firm Glassnode, an unprecedented buy signal has burned for Bitcoin since March. Examining the Difficulty Ribbon Compression indicator based on the mining industry, Glassnode team explained that it could trigger a new jump in the Bitcoin price.

Famous crypto analyst Willy Woo developed an indicator called Difficulty Ribbon Compression to better understand the link between Bitcoin miners and the BTC price. This indicator takes the simple moving average of the mining difficulty in the Bitcoin network. A high result may mean that there is a new buying opportunity for Bitcoin.

Not Seen Since March

Glassnode team shared a piece of news yesterday that could delight Bitcoin bulls. According to this statement, the Difficulty Ribbon Compression indicator has caught an uptrend for the first time since March and has started to move up in recent days. Referring to historical data, Glassnode team explained that Bitcoin generally tends to rise after this signal is burned. 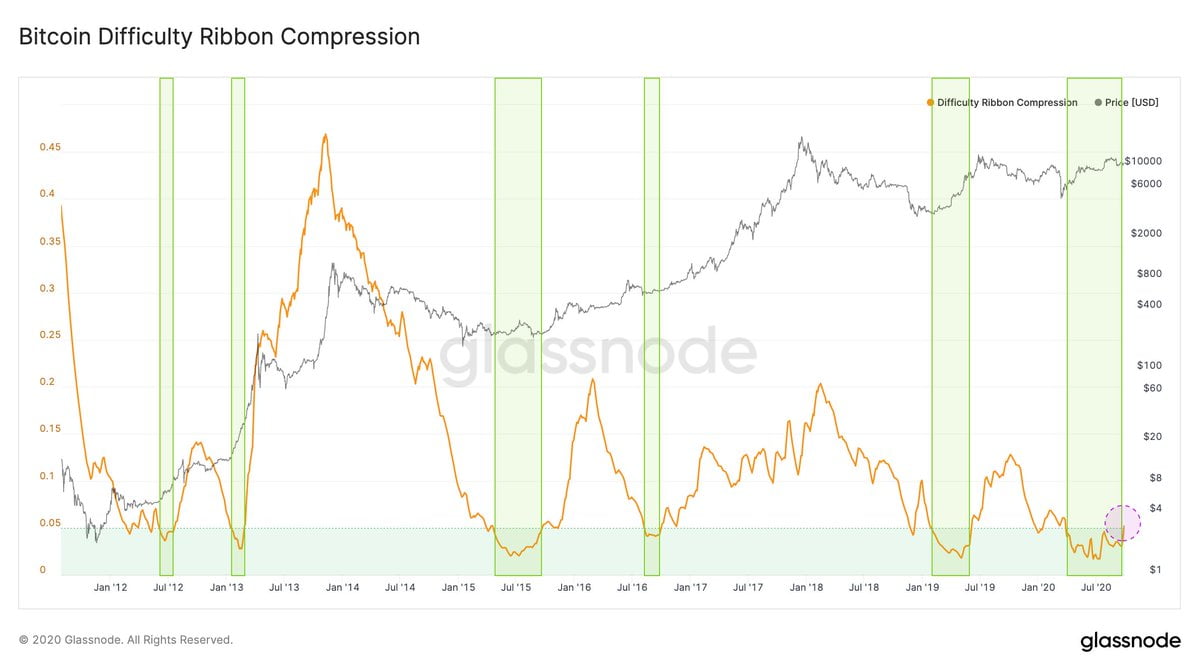 When Difficulty Ribbon Compression started to move up in March, Bitcoin began to recover and recover from the sharp decline. Except that; It was possible to see that this indicator entered a new upward trend in April 2019. Bitcoin price increased from $ 5,000 to $ 13,000 in a period of three months at that time.

Hello Games’ new game (No Man’s Sky) will be “big”

Where is the secret lab in Fortnite lake house?

Harry Styles marks event in New York on the eve of...

He is the top scorer of the Mexican National Team