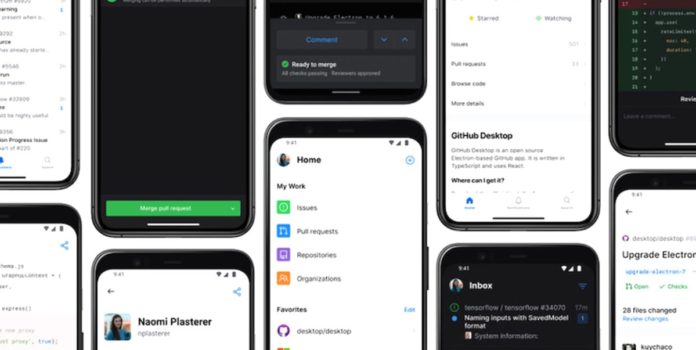 Testing of the mobile application of the cloud-based service GitHub, which the developers used in their project work, started in the past months. The tests were successfully completed and released for GitHub Mobile, iOS and Android.

The mobile version of GitHub, the software development storage service Microsoft has purchased in recent years, has released GitHub Mobile for Android and iOS. Beta versions of GitHub Mobile started in November for iOS and Android for January. Following the improvements made in line with the comments of people participating in the beta versions, the application was released in the App Store for iOS and the Play Store for Android.

In GitHub Mobile, notifications appear on a screen similar to the inboxes of e-mail services. Users can select incoming notifications as “completed”, but also save them. The screen can be scrolled down to see all notifications.

Having a mobile application of GitHub, an important service for software developers, seems to make life easier for the developers. In beta tests, which lasted several months, users provided hundreds of thousands of comments and criticisms, ensuring the correct development of the application.

Serving as a code repository, GitHub has been under Microsoft’s lens since its inception. Microsoft had asked several times to purchase GitHub, but GitHub founders did not accept it. As a result of Microsoft’s insistence, it was announced that GitHub was sold for $ 7.5 billion in June 2018. GitHub’s sales to Microsoft were completed in October 2018.

GitHub Mobile has been released on the App Store and Play Store as of today.

The FBI releases a PSA regarding fake batteries