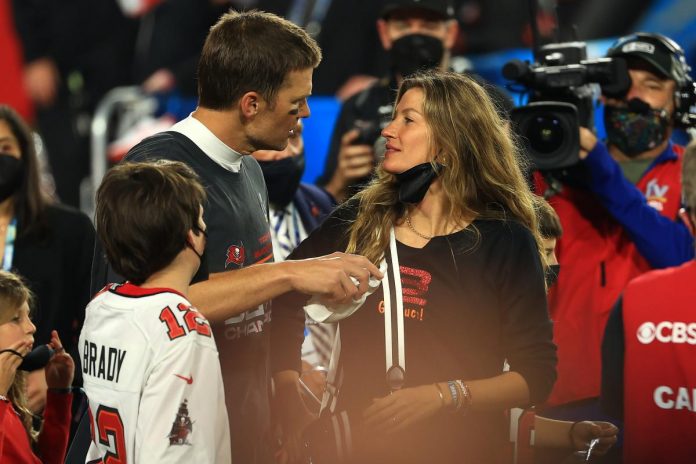 It was reported that there was a lot of tension between Tom Brady and his wife Gisele Bundchen after the QB’s decision to come out of retirement.

This would seem to be confirmed when the source with People.com Confirmed that Giselle will not be attending the first Bucs game.

“It’s always a big event when Gisele comes to watch the game,” with extra security and snacks for the family, but “at the moment there’s none of that for Sunday’s game,” the insider said.

“This year everything is completely different than last year. She was glad to be here, we saw her here,” the source continued. “I’m not saying she can’t come, but she can’t be here for the first game of the regular season, and that seems strange.”

Another source close to the couple said that Giselle was very disappointed when she did not retire.:

“There’s a lot of tension. She was so happy when he announced his departure, and she wasn’t thrilled at all when he came back to it.”

“They are going through a difficult period,” they continued. “But I know they’re trying, or at least he’s trying, to figure it out and make it work. He wants to get through this and make things better.”

The Panthers are Reportedly Visiting a Veteran Free agent

The golf World’s Reaction to the Scotty Scheffler and Cameron Smith...