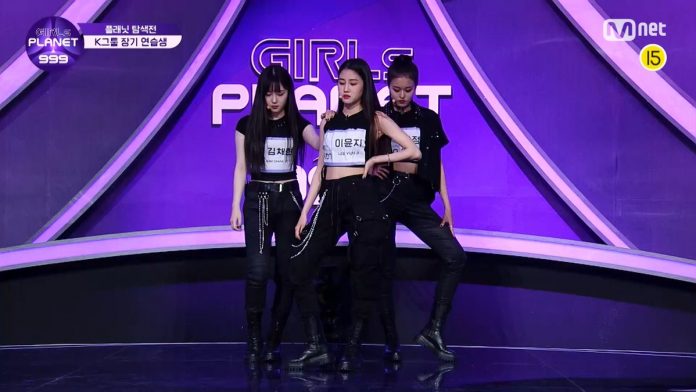 Girls Planet 999 contestant apologizes for racial slur. Participating in a “survivor” program in South Korea, she is blasted by racist speeches in music and apologizes.

Fu Yaning, the contestant of Girls Planet 999 (South Korea’s musical “survival” show), has been a hot topic of controversy lately. She not only made noise with how despised Yujin the CLC, another competitor, but also offended blacks using racial slurs in a song cover.

She was seen using the lyrics of the CLC song “Helicopter” against Yujin herself. Not only that, in several performances she repeated a racial slur. Following the situation, Fu Yaning issued a letter of apology. “Hello everyone, I’m Fu Yaning. In previous public performances where I sang, due to cultural differences and because I could not properly understand the lyrics of the song which contained racially discriminatory and sensitive words, this resulted in my performance hurting many people and I want to sincerely express my apologies to everyone. I’m very sorry. At the same time, I want to express that I personally have no concept of racial discrimination and that I respect all nations and cultures. In relation to my mistake this time, I thought deeply about the consequences. I will accept all criticisms and corrections. In my future work, I will strengthen my studies and make sure I do my research in advance. Once again, I sincerely apologize to everyone. I’m sorry, ” added Fu Yaning.

K-Pop: Former CLC member releases video with the actor the “The Untamed”
After leaving the k-pop group CLC, singer ELKIE released this Friday (25) a duet with actor and singer JiLi, a member of the group TUBS (The Untamed Boys). The song “Gave My Heart Away” is Elkie’s first release in music since leaving CLC in February.

“Gave My Heart Away” is a romantic pop song in which ELKIE and JiLi sing about the conflicted feelings after the breakup of a relationship. The song’s lyrics portray the painful reality of pouring everything into a love that is still too fragile to withstand a storm.

The track won a music video, starring the singers, which illustrates the shattered feelings sung in the song. The video features JiLi and ELKIE as protagonists of a dark fairy tale, with elements of romantic fantasy where the singer wanders between dream and reality in search of the artist, who exchanges identity between man and cat. Following the theme of a persistent love that seems close but so far away, a fantastic love story unfolds from the narrative that illustrates the theme of the song.

“Gave My Heart Away” is available on major streaming platforms such as Spotify, Apple Music, iTunes, JOOX, KKBOX, and the song will also be on the physical version of TUBS’ first album, “LOVE: ONE-ACT”, which will be released in the Chinese summer.

Elkie Chong is a former member of the k-pop group CLC. Born in Hong Kong, the singer was a child actress before joining the band. She announced her departure from CLC in February this year after disagreements with the label that launched the group.

JiLi starred in the drama “The Untamed”, a 2019 live-action adaptation of the Boys Love novel “Mo Dao Zu Shi ”. JiLi gained recognition in the role of Nie Huaisang in the plot, which has garnered more than 9 billion views across digital platforms. After the series, the group TUBS (The Untamed Boys) was formed by the company NSMGroup. In addition to JiLi, Yubin, Cao Yuchen, and Li Bowen, who also acted in the drama, are part of the group.