Home Entertainment “Girls in the Picture” updates: Where is Franklin Delano Floyd now? 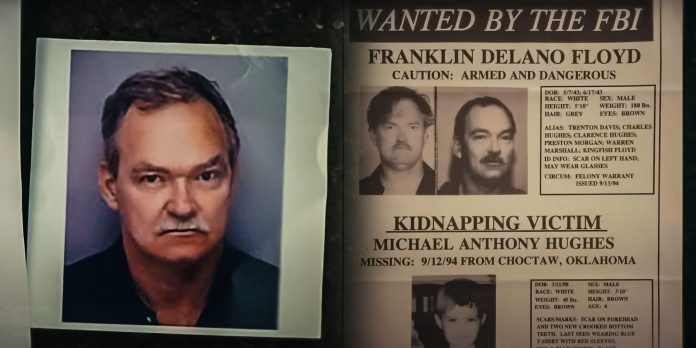 “The Girl in the Frame” from Netflix tells the tragic story of Suzanne Sevakis and everything she went through from an early age after she was abducted by Franklin Delano Floyd. Eventually Floyd was arrested and imprisoned, but where is he now and what happened to him? Netflix’s catalog of original content continues to expand every week, and one of its most popular categories is documentaries, with the streaming giant offering all types of them, but the most popular branch is True Crimes.
The latest addition to Netflix’s catalog of crime documentaries is “The Girl in the Frame,” which tells the disturbing story of the murder of a young woman named Tonya Hughes, but as the investigation progresses, a lot of lies and crimes come to light. Tonya Hughes was actually Suzanne Sevakis, who was abducted by Frank Delano Floyd when she was a child, along with her half-brother Philip, but her brother was given up for adoption, and Floyd kept Suzanne with him. Over the years, Floyd changed his and Suzanne’s names several times to avoid being caught, as he had been on the run for various crimes for years.
Related: The Girl in the Picture: What happened to Suzanne Sevakis’ siblings and children?
“The Girl in the Picture” tells about Floyd’s lies and crimes, culminating in the death of Suzanne and the abduction of her son (whom Floyd considered his), Michael Hughes. Floyd raised Suzanne as his daughter, but in their recent personality changes, they posed as husband and wife, and he abused and manipulated her throughout her life. The girl in the picture showed that Floyd was eventually arrested and imprisoned, but not all the secrets around him and Suzanne are revealed.
What is Franklin Delano Floyd in prison for and what is his sentence
As mentioned above, Franklin Delano Floyd already had a criminal record before the abduction of Suzanne Sevakis. In 1962, Floyd kidnapped a four-year-old girl and received 10 to 20 years for kidnapping a girl and sexual assault, but the following year he used a visit to a doctor as a chance to escape and soon robbed a bank. Floyd was caught again and convicted of robbery, and although he was released in 1972, he was arrested again the following year for attempted sexual assault, but he posted bail and fled. Of course, his criminal activity did not end there, continuing the abduction of Suzanne, the constant sexual and psychological abuse to which she was subjected, and new murders.
In 1990, Suzanne (under the name “Tonya Hughes”) was found lying on the side of the road and died as a result of her injuries, and her son Michael Hughes was placed in foster care. Floyd was arrested again in 1994, this time for violating parole, and after he was released, he tried to regain custody of Michael. Unable to do so, he abducted Michael from his school and, after lying about Michael’s whereabouts, confessed to the FBI in 2015 that he killed Michael on the same day he abducted the boy. This, along with the discovery of photos of Suzanne and her friend Cheryl Kommesso, led to the discovery of the latter’s body, and therefore Franklin Delano Floyd was charged with the kidnapping and murder of Kommesso and sentenced to death. Franklin Delano Floyd is now 79 years old and is being held at the Union Correctional Facility in Florida, where he is currently on death row with no set execution date. As for the murder of Suzanne, the case has not yet been solved and remains open, but the defendant remains Franklin Delano Floyd.

Jason Momoa Is Still Touting His Love of Motorcycles After an...