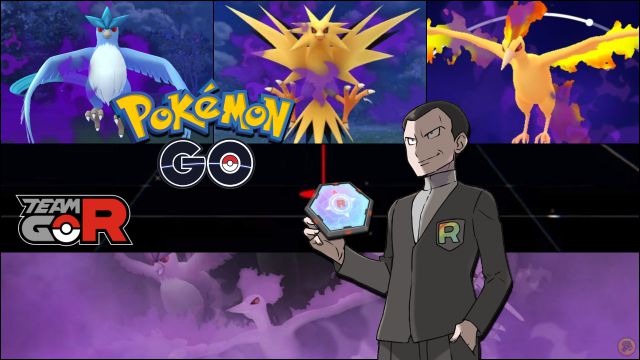 Team GO Rocket Leader heads to iOS and Android game this March with his Recruits. He has new dark Legendaries.

Giovanni is back in Pokémon GO. After several months of absence, the leader of the Team GO Rocket organization regains his vigorous spirit with new threats in the form of dark Legendary Pokémon. Niantic has confirmed that this March we will know what they are up to; At the moment, we already have dates for the creatures that he will have over the next few months.

According to the official report: “The inquiries about Giovanni’s movements suggest that he will not hesitate to use these Legendary dark Pokémon on several occasions”, and those dark Legendary species are none other than dark Zapdos, Moltres and Articuno.

Giovanni has managed to get hold of the Legendary Birds of Kanto (here his guide to the raids) and has infected them with darkness, so it will be our task to finish him off. How? Through the new special investigation that is being prepared for the next season, the Season of Legends, of which we provide all the details in this article.

Starting this Sunday, February 28, 2021 at 0:00 local time, we will be able to participate in that new special investigation of the season to get a Rocket superradar, an essential item to be able to find and challenge Giovanni. According to the information, we will have more opportunities to earn Rocket super characters during the first days of each month throughout this season, so we must be very vigilant.

Soon we will know all the statistics of Dark Articuno, the first to arrive, and how to kill him along with the rest of his team. If everything continues as before, Giovanni will have a team of three Pokémon; of which the first two will vary among various candidates, but the last one will always be his corresponding dark legendary bird, depending on whether it is March, April or May.

To know all the information about what awaits us in Pokémon GO this March, we recommend consulting this article. On the other hand, we remember that a batch of 3 Remote Raid Passes plus 20 Poké Balls is available for just one Pokécoin.

The popular Six Flags Roller Coaster is Closing, But Now There...