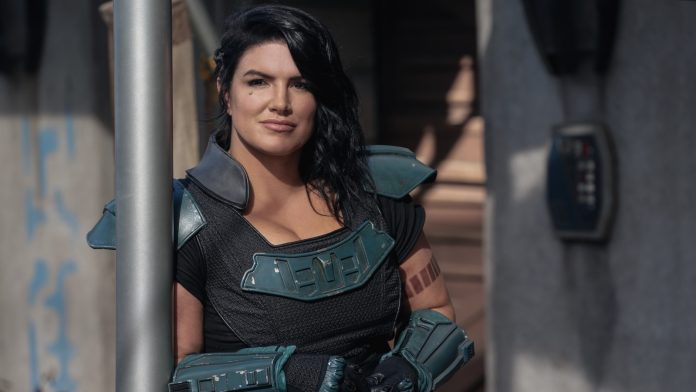 The famous actress Gina Carano, who shared a post that humiliated the Jews on Instagram Stories, was removed from the cast of The Mandalorian after the growing reactions in social media. Lucasfilm spokesperson said the posting was disgusting and unacceptable.

The Mandalorian star Gina Carano, who previously appeared in movies such as Deadpool, Fast & Furious 6 and Bloody Chase, was removed from the cast of the popular Disney + series set in the Star Wars universe after a controversial Instagram post.

A spokesperson for Lucasfilm, the producer of The Mandalorians, said Gina Carano is no longer in the company’s plans and is not expected to happen in the future. The spokesman stated that Carano insulting people for their cultural and religious identity is disgusting and unacceptable.

Gina Carano first shared an article in a post she shared on Instagram Stories, which degraded the Jews. Afterwards, she mocked the wearing of a mask, which is considered one of the most important precautions against COVID-19, by sharing a photo of a person who exaggerated the task of wearing a mask.

Although Carano deleted both posts in a short time, the posts were seen by enough people and with the distribution of the screenshots on social media, the #FireGinaCarano tag on Twitter suddenly entered the world agenda. As a result, Carano, who played the character of Cara Dune in The Mandalorian, was removed from the series’ cast.

In fact, these two posts, which caused the famous actor to be removed from The Mandalorian’s cast, were not Carano’s first incidents. Gina Carano had previously faced backlash for her anti-transgender posts and her liking for tweets that link systemic fascism in the US to extremist leftism. In a sense, the posts last night were the last drops that broke the glass.

THE SORRY HISTORY OF LOVE OF SUGA AND HIS BRIDE

Cardi B is caught when leaving the gym, the natural pose