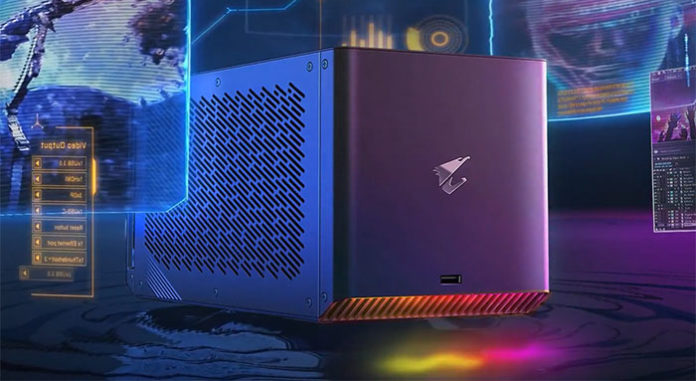 The CES 2020 in Las Vegas continues to be the first in the world of technology. Known for its computer components and gaming computers, Gigabyte has put its new focus on hardware. Taiwanese company, the world’s first liquid-cooled external GPU Aorus RTX 2080 Ti Gaming Box was introduced.

Liquid-cooled portable graphics card The Aorus RTX 2080 Ti Gaming Box features Gigabyte’s Waterforce system, which provides a versatile cooling solution not only for the GPU but also for all other important components in computers. Waterforce not only extends the life of the GPU, but also helps you get high performance when overclocking.

The Aorus RTX 2080 Ti Gaming Box is an ideal external GPU for gamers. However, it can be preferred by players as well as content producers, publishers, and 3D graphic designers for high-end graphics processing performance.

In addition, the external GPU; It features RGB lighting, Power Distribution support, Thunderbolt connection interface and three USB 3.0 ports that can be synchronized with your Aorus peripherals such as monitors, keyboards and mice.

Now you can buy a Tesla by paying in bitcoin in...