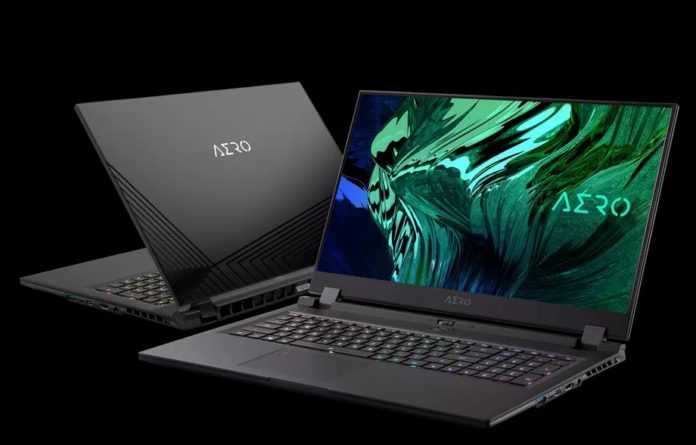 Announcements came from laptop manufacturers after Nvidia introduced the RTX 3000 series. One of these manufacturers, Gigabyte, announced new versions of the Aero and Aorus series, which are updated with new GPUs. In the statement made by Gigabyte, it was stated that the new computers will provide a top-class gaming experience in Cyberpunk 2077 and other AAA category games.

There are laptop gaming computers that can be defined as traditional in the Aorus series. Content creators are the target of the Aero series. The differences between the two series are mainly seen in the exterior hardware. The Aorus series includes models with higher refresh rate screens. Color accuracy stands out on the screens of the Aero models. It should also be noted that the Aero series looks a bit more stylish compared to Aorus. The inside of the devices looks more similar.

The flagship of the Aorus series is the Aorus 17G with a 17.3 inch screen. Targeting hardcore gamers, the laptop has a mechanical keyboard. The 300 Hz screen is also among the highlights of the Aorus 17G.

Aorus 15G and 15P are also the new models of the series with 15.6 inch screens. Both computers have 240 Hz Full HD resolution screens. In 15G, portability is also among the prominent points. Gigabyte also draws attention to the 8-hour battery life of this model.

Processor options in all three new members of the Aorus series extend to the Intel Core i7 H series. GeForce RTX 3080 GPU will also be preferred in 17G and 15G. In 15P, the top GPU option is RTX 3070.

Total of four new options for the Gigabyte Aero series

According to data from Gigabyte, the AMOLED display version of the Aero 15 covers the entire DCI-P3 color gamut. HDMI 2.1, MiniDP, Thunderbolt 3 inputs and UHS-II SD card reader are also new members of the Aero series.

New members of the Gigabyte Aero and Aorus series will be available from January 26th. Computers will be sold starting at $ 1499.