Home Celebrity THE GIFT OF J BALVIN TO JUSTIN BIEBER THAT COULD UNLEASH A... 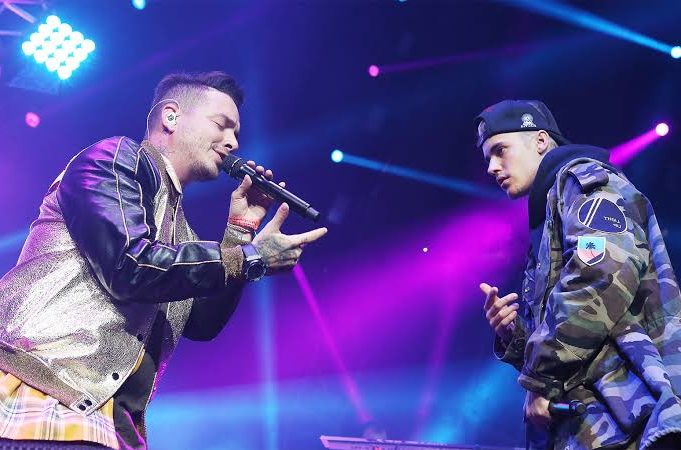 Four long years have passed since Justin Bieber released his latest album ‘Purpose’ and, since then, his fans have dreamed of his return to music. Recently, the singer confirmed that he would release a new album very soon and everything seems to indicate that his album will be full of surprises.

Throughout his career, Justin has worked with several artists. However, one of the most acclaimed collaborations by fans has been the one he made with J Balvin, is this about to be repeated?

Recently, Justin Bieber updated his Instagram Stories with a photo that filled more than one with emotion. The singer shared the gift he received from his great friend J Balvin: a huge diamond ring. Omg!

Justin Bieber accompanied his photo with a small message where he thanked J Balvin for the present. However, fans have begun to speculate that perhaps this is a collaboration that is on the way and, from that moment, the rumors that very soon we will hear a new song performed by both have not stopped ringing. What do you think? Leave your comment.

Master of None: Netflix finally announces a season 3!

The day Gigi Hadid found out about her pregnancy!