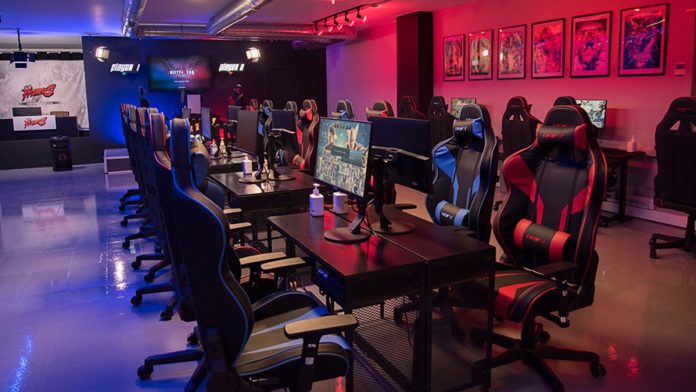 Giants Fighters: The new headquarters of the fighting games in Barcelona opens its doors to all audiences on June 25: 200 square meters and 15 gaming positions. Giants and BCN Fighters open the doors of the new Giants Fighters Dojo in Barcelona, ​​the great meeting point for fans of fighting video games in Spain. And it is that the new headquarters of the fighting games in our country is now much larger and is more equipped than ever. Let us remember that it is the second space opened by Good Game Group after the recent inauguration of Home of Giants, headquarters of the Vodafone Giants club, on June 11 in Malaga.

With the best fighting video games

Thus, the new Dojo has an area of ​​more than 200 square meters, 15 game stalls with all the fighting games on the market, rest areas and setups with the latest in gaming from the hand of Ozone and Drift, new partners of the new facilities, providing monitors, chairs and peripherals for lovers of fighting games.

Giants Fighters Dojo is in a new location, more central than ever: it is now located at Carrer de Pujades 77, in the popular 22 @ financial district. After the closure of the first venue due to the impact of the COVID-19 pandemic, Giants and BCN Fighters are once again betting on face-to-face tournaments and physical formats in a space that is the latest in kits.

“We are very proud to finally be able to return to the Dojo and once again share the true spirit of the community. It has been many months of hard work, but we believe that with these new facilities we are going to take the fighting even further than with our previous venue. Thanks to the entire community for the support, ”says Javier‘ Sh4rin ’Sanabria, founder of BCN Fighters and creator of Vodafone Giants.

Giants Fighters Dojo opens its doors to all audiences from Friday, June 25, 2021. Visiting hours are Friday, Saturday and Sunday from 3:00 p.m. to 10:30 p.m. Register in advance on the bcnfighters.com website.

Stranger of Paradise: Final Fantasy Origin and Other Spin-Offs, What Games...

The Big Bang Theory: Actor of the series publishes a photo...