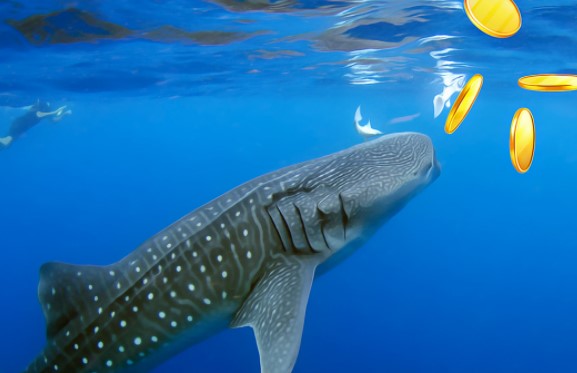 The third largest Ethereum (ETH) whale has purchased $128 billion worth of purchases. According to data from WhaleStats, the giant whale started a multi-million dollar altcoin shopping spree in two popular metaverse tokens and 4 altcoins.

According to data provided by blockchain-transaction tracker WhaleStats, the Ethereum whale wallet Light has purchased 642,999 Decentraland (MANA) for $1,845,409.

The whale’s first metaverse token, Decentraland, is a 3D virtual reality world running on Ethereum. According to CoinMarketCap data, the 43rd popular crypto asset is trading at $2.81 as of the time of writing.

The 3rd richest whale wallet also made two purchases in the digital world The Sandbox. In the first of these transactions, he bought 426,000 SAND tokens worth $2,044,800.

As of the time of writing the content, The Sandbox (SAND) ranks 42nd according to CoinMarketCap data and continues to trade at $ 4.41.

This Is Accumulating 4 Altcoins

The Covalent token, which the whale buys in astonishing amounts, offers an application programming interface package that allows developers to pull data from different blockchains. CQT continues to trade at $0.59 according to CMC data as of the time the content was written.

The Light buying spree continues with the play-earn blockchain platform Gala, another gaming token that raised over $1.1 million last week.

In addition to these purchases, the giant whale wallet also spent $25,170,000 on 1,000,000 LINK, the native cryptocurrency of the decentralized oracle network Chainlink.

But these weren’t Light’s biggest acquisitions. So much so that Light made its biggest purchase in Wrapped Bitcoin (WBTC), a Bitcoin-pegged token. The 3rd largest Ethereum whale bought a total of 2,000 WBTC worth $86.4 million.

Citibank Economists: Gold Could Drop To These Levels Soon!