Home Crypto Giant Fund Manager Announces 4 Altcoins That Will Explode in the Crisis! 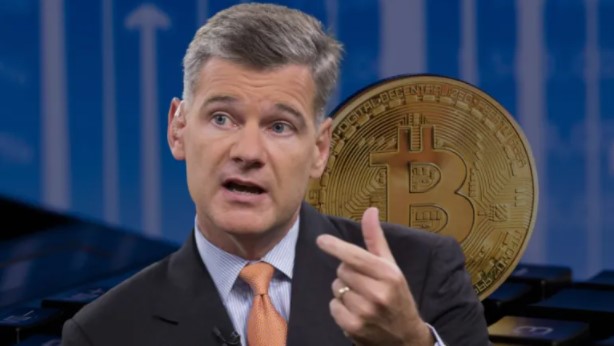 Mark Yusko, a major Bitcoin bull and chief investment officer and CEO of $1.7 billion hedge fund Morgan Creek Capital, gave an interview on how to deal with a crypto winter that could last at least a year, and when the halving triggers the next bull cycle. shares 4 cheap altcoin projects to develop.

Is there a correlation between Bitcoin and the S&P 500?

The Federal Reserve is expected to raise interest rates in March for the first time since the end of 2018. The market is pricing in four more rate hikes this year that will impact risk assets. In March 2020, another period of distress, the S&P 500 dropped 15%, while Bitcoin fell 25%. Mark Yusko opens his view on whether the recent correlation has challenged the Bitcoin thesis and his outlook on the crypto market going forward:

You cannot calculate correlation in the short run. The math just doesn’t work. And yes, it is true that in times of stress all correlations go to one. This correlation phenomenon comes down to a lot of leverage in the system, especially during periods when the stock market is overvalued.

When stocks fall under these conditions, it creates margin calls where players not only have to liquidate their stocks to close their positions in stocks, but also have to cash out those in other assets such as Bitcoin and bonds, leading to tighter correlations between markets. Mark Yusko comments:

Bitcoin’s correlation with stocks was 0.15 for long periods. Some weeks, some months it goes up, but still ties 0.15 and 0 in the long run. So in liquidations yes, March 2020, December of last year, right now people have to sell what they can sell to fund their margin calls, not what they want to sell.

In recent years, Mark Yusko has been outspoken about the overvaluation of the US stock market and has made multiple calls for correction. He described the market as “wildly overvalued” in September of last year, and despite a correction in US equities since the start of the year, he still expects another drop in March.

According to Mark Yusko, the Federal Reserve’s monetary stimulus policy ignited this overvaluation by increasing asset values ​​and devaluing the dollar due to the country’s high debt levels. This is one of the reasons why Bitcoin is so bullish. Yusko commented last March that “Bitcoin’s rise is not about Bitcoin getting better, it is about the dollar getting worse.”

But he is not always overly optimistic. In March, he predicted that a bear cycle would occur in crypto this year. It seems to continue now. Mark Yusko says:

What you see is crypto is definitely in a bear cycle. We will struggle for the next 12 months, then fall back to the next bull cycle triggered by the next halving event. This is a basic mechanism for increasing the price because if the price does not increase, miners will have to shut down and lose money. Price adjusts upwards and upward adjustment in price attracts new entrants. It’s a nice structured way to grow the network.

Mark Yusko notes that this creates a natural four-year cycle that almost follows how the Federal Reserve approaches its own liquidity cycle. But others think the bull cycle may come sooner. Bloomberg Intelligence commodity strategist Mike McGlone thinks that tightening monetary policy by the Federal Reserve could lead to better performance for Bitcoin and Ethereum, according to a recent research report.

It is unclear for now, Ruffer investment director Duncan MacInnes, who invested in Bitcoin in November 2020 and closed the position five months later with a profit of $1.1 billion. MacInnes invested in Bitcoin for its gold-like qualities, but sold out last April ‘because it acts more like a NASDAQ leveraged ETF’. In a webinar, MacInnes explained:

The withdrawal of liquidity definitely worried us and that’s why we broke up when we came out. There is also a lot of foam in the industry and I love all the samples. It feels like I’m living in 1999 even though I’m not there.

Altcoin projects that the fund manager believes will survive the winter

A crypto winter can be vital to remove some of that foam. “Winter is when the weak are killed off and when spring comes, the strong are allowed to truly flourish,” says Mark Yusko. Alongside Bitcoin, the giant fund manager believes Solana (SOL), Avalanche (AVAX), Cosmos (ATOM) and Polkadot (DOT) will be among the strong altcoin projects that have survived a crypto crisis.