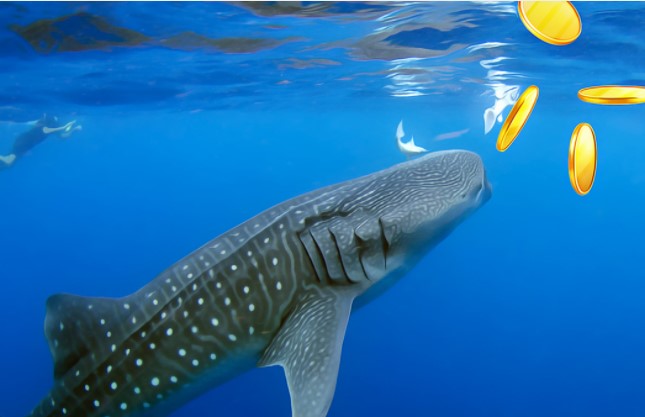 According to crypto whale tracker WhaleStats, huge Ethereum (ETH) whales are not giving up on the popular joke currency Shiba Inu (SHIB).

Ethereum Whales Don’t Give Up on Shiba Inu

Data from popular whale tracker WhaleStats shows that the popular Ethereum-based memecoin is the most traded and “biggest hodling” token among the top 1000 ETH wallets.

So much so that an ETH wallet, the 79th richest Ethereum whale, recently bought 4 trillion SHIB worth more than $136 million. The same wallet also bought more than $76 million MANA, the native token for Decentraland, a virtual reality platform where creators and developers can monetize their content and apps, and users can experience it.

The huge Ethereum whale is also known to own more than $36 million in Gala (GALA) tokens. Based on decentralization, Gala is a blockchain game and NFT project that maintains its functionality with more than 16 thousand players running nodes. Founded in 2019 by Eric Schiermeyer, co-founder of the world-famous game company Zynga and CEO of Gala Games, the project was built on the Ethereum blockchain.

The popular joke currency Shiba Inu, which gained momentum with the rise of Bitcoin and the crypto money market, started to recover after the massive declines one after the other.

So much so that the popular joke currency SHIB formed a bottom at $ 0.000028 after the sharp declines in the market. Since then, the Shiba Inu has started a new uptrend and the price has gained momentum.

Popular prank currency known as the “Dogecoin killer” Shiba Inu, which ranks 13th by market capitalization, continues to trade at $0.000033, up more than 5% in the last 24 hours.

XRP Price To Rise To The Top According To Famous Analyst