Home Entertainment Giancarlo Esposito confirmed that he met with Marvel Studios and wants to... 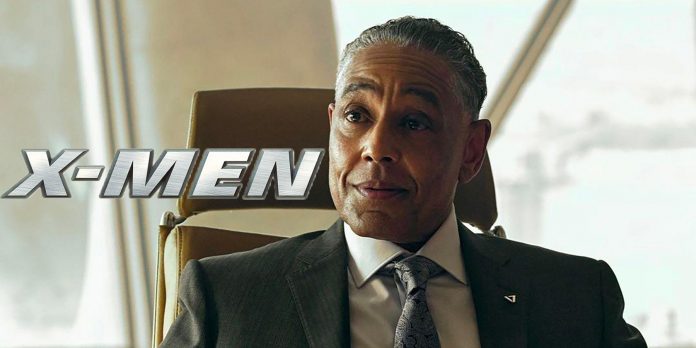 There are rumors that Giancarlo Esposito is running for the role of Professor X in the Marvel Studios movie “X-Men,” and although he doesn’t exactly confirm these rumors, the famous actor seems to be closer to the bosses of the MCU than fans might. expect.

Esposito has established himself as an actor who can easily play the villain, as he has done over the past few years in such series as Breaking Bad, Boys and The Mandalorian. If he got the role he reportedly wants in the X-Men movie, it would be a change of pace for him.

During his appearance at the TJH Superhero Car Show & Comic Con in San Antonio, Esposito revealed that he had met with Marvel Studios and expressed interest in playing Professor X when the franchise makes its own interpretation of the mutant team. Esposito first praised Marvel Studios for their storytelling abilities, which is why he’s so interested in joining the cinematic franchise. “I was in the room with them and talked to them, and in answer to your question, I think what they are doing is similar to that mythological journey that Joe Campbell was talking about, who turned out to be a friend of George Lucas, which George Lucas put into his stories. They’re doing the same thing.” Esposito was asked which mutant he would like to play if given the chance, and he chose a telepathic mutant. “Choose one? I’m going to go for something that’s a little different. I’ll go and announce to the universe that this is Professor X.”

There have been no concrete plans to make an X-Men movie in the MCU at the moment, but that will probably change in due course due to their reputation only in comics, period. The MCU has already announced that a reboot of the Fantastic Four is officially in development, although not many details about who was chosen have been revealed. Seven years have passed since the cinematic interpretation of this super quartet hit theaters. It’s been over three years since we last received an X-Men movie. By the time the reboot is released, it will probably be about ten years since the release of Dark Phoenix.

Casting Esposito for the role of Professor X could potentially be a first-class re-casting in terms of portraying superheroes. Esposito has established himself as a villain not only because of his diabolical nature, but also because of how smart he is. He knows exactly how to manipulate people and how to move his chess pieces. Professor X would be a welcome change of pace for him, but it wouldn’t be too far out of his comfort zone knowing that Professor X is not only one of the most powerful mutants, but also a genius.

Esposito would also be just one piece of the puzzle. To recreate the cult team of mutants, you will need to win them all back. Having Esposito replace Patrick Stewart is a good start, but how they’re going to replace Hugh Jackman as Wolverine is going to be challenging. Currently, Marvel Studios is doing everything possible to retain its audience. Fans are looking forward to seeing how they execute the X-Men. If done correctly, it could restore previously lost interest, but if it doesn’t, it could mean the collapse of Marvel Studios.

X-Men movies can currently be streamed on Disney Plus.

Logan Paul Explains Why He Sticks to the Original Pokemon Games