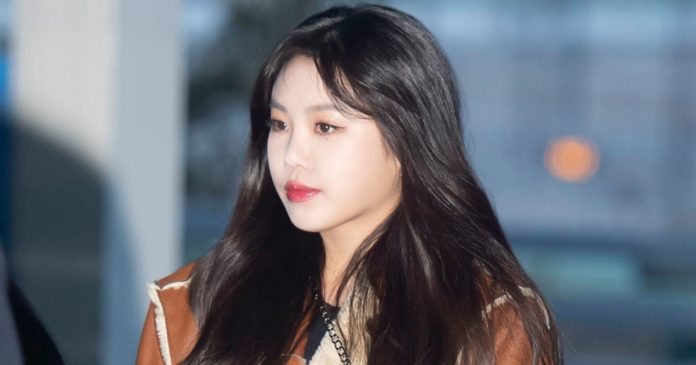 An alleged former partner of the (G) I-DLE member posted testimonies of the bullying episodes she experienced.

A netizen denounced (G) I-DLE’s Soojin for harassment, bullying and intimidation, this person shared his testimony and assured that the K-pop idol was the leader of a bully band. So Cube Entertainment responded.

At the beginning of 2021, several netizens accused different South Korean celebrities, singers, rappers, actors, models and even professional players of harassment during their student days .

Soojin of (G) I-DLE was one of the idols of the K-pop who received public complaints against him , allegedly claimed that during his stay in school physically and mentally abused his companions.

Due to the controversy, the agency Cube Entertainment announced that they would conduct a thorough investigation to find out the truth of these stories, and Soojin took a break from her promotional activities with ( G) I-DLE.

Now, new testimonies from alleged former teammates of the star emerged in Internet forums, these publications had a great impact among local and international fans of (G) I-DLE.

The user claimed that Soojin was the leader of a gang of bully who teased various members of her classroom, always looking at weaker students to harass or intimidate them.

He said the vocalist of (G) I-DLE got angry easily and once verbal violence exercised against their peers, according to this narrative, no one knew why he acted so, these actions prompted students to join.

The netizen allegedly organized an emergency meeting with the council to combat school violence so that the school will take real action against Soojin and her group of friends.

Cube Entertainment assured that this was not true, they met with the aforementioned council and denied the facts, the company revealed that they will start legal action for those who spread false information.

The agency idol of the K-pop issued a statement informed pause activities Soojin of (G)I-DLE , what did Cube Entertainment ?