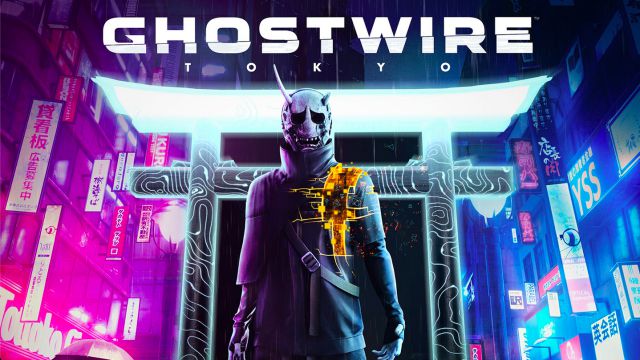 Ghostwire Tokyo: After several hours with the new (temporary) PS5 exclusive, we tell you what we think of this new nightmare from Shinji Mikami and Tango Gameworks. Ghostwire Tokyo is a game in which there is a button to read the thoughts of dogs, raccoons and other animals. A game whose stores are run by cats that sell dorayakis and “Waka Colas”. A title in which you are now praying in a temple, after a while opening fortune cookies and later rummaging through abandoned shopping bags to get yogurt and other foods that serve as a medicine cabinet. If even to gain experience and level up we are forced to use the phone booths on the street, like Superman (before you say anything, our protagonist also wonders if the booths still exist). In short, Ghostwire Tokyo is a pot shot, and maybe also a genius.

There’s no better way to describe what’s new from Kenji Kimura, Shinji Mikami (Resident Evil) and Tango Gameworks (The Evil Within) than through practical examples. Because we are facing a capital Japanese, understanding this not as a pejorative adjective, but as a product with hilarious and rabidly original shoots.

Ghostwire Tokyo exudes personality and situations as hilarious as they are improbable, even without giving in to the cause like the Grasshopper Manufacture games (No More Heroes, Lollipop Chainsaw). The doses of surrealism in this one are concentrated in the open world and the secondary missions, with the main story being more formal and dramatic. This, far from being contradictory, brings the whole closer to that delicious bipolar tone of the Yakuza saga. It is quite an experience.

What is the main story about?

The game is set in a version of the Japanese capital that seems invaded by the fog of the homonymous novel by Stephen King. A dangerous mist has made all the human beings in the area disappear (or become a monster) except us, because just before the incident we had the good fortune to be possessed by a spirit. Did we say fortune? Yes, well, let’s say that in order for someone to possess you, you first have to go through a certain harmless procedure that we usually know as “dying”.

So now we are alive, true, but with a mysterious entity inside that does not stop judging us and criticizing what we do. Thus begins a continuous tug of war to see who takes control of the body and to decide what to do next, whether to go in search of the missing family of the main character or to locate the masked man who seems responsible for the fog. As you can guess, all roads lead to Rome.

BTS: The Day Taehyung Rode The Subway Like He’s Not Famous