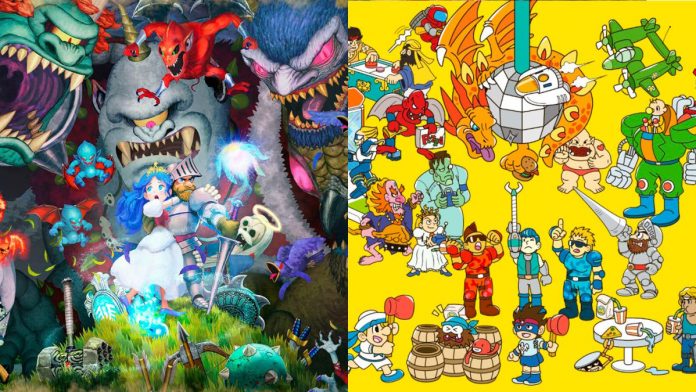 Ghosts’ n Goblins Resurrection: Until now, video games from the Japanese firm exclusive to the Nintendo console will soon reach the rest of the platforms in digital format.Both Ghosts’ n Goblins Resurrection, the return of such a popular saga, and Capcom Arcade Stadium, the compilation of classics from the Japanese firm, already have a release date on PC, PS4 and Xbox One after their respective arrivals exclusively on Nintendo Switch. . Thus, while the reinterpretation of the Sir Arthur franchise will be available on June 1, Capcom’s retro festival will do the same on May 25, in both cases through Steam, PS Store and Xbox Live.

This has been announced by Capcom through an official statement, confirming that its last two video games, until now exclusive to the Nintendo console, will reach the rest of current platforms, with compatibility for the new generation. Starting with Ghosts’ n Goblins Resurrection, we are facing the reinterpretation of the classic Ghosts’ n Goblins and Ghouls’ n Ghosts installments with updated graphics, up to eight different weapons, special abilities and all the flavor and difficulty of the saga concentrated in one title that fans can’t miss. Don’t miss our analysis of the Switch version.

For its part, Capcom Arcade Stadium brings together many of the great classics of the Japanese company’s arcade rooms through three different packages with ten games each, at a price of 14.99 euros each; The pack with the three packages is priced at 39.99 euros with such legendary titles as Bionic Commando, Final Fight, Super Street Fighter II Turbo, Strider or Ghouls’ n Ghosts, among many others.

In addition, we can download the basic version with the shoot ’em up 1943: The Battle of Midway completely free of charge to later purchase the packs we want. Again, you can read our review to find out all about this new look at the past of arcades.