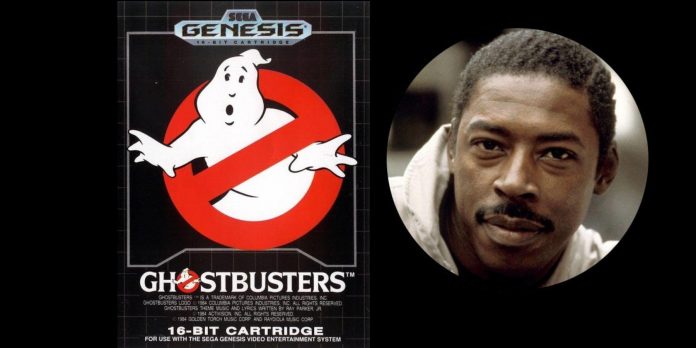 Thanks to the success of part reboot, part sequel, which was “The Afterlife of Ghostbusters” 2021, Columbia Pictures has accelerated the franchise with another film written by Jason Reitman, a new Netflix series and two “Ghostbusters” video games that are deep in development.

This isn’t the first time a comedy series has been distributed in different mediums. In 1990, Ghostbusters was released for the Sega Genesis at a time when the brand was everywhere. The platformer came out of the 1989 sequel and allowed players to choose whether to play as Ray Stanz, Peter Venkman or Egon Spangler, tracking down ghosts from movies and saving New York. The game was a success, although there was a big omission in the game; Winston Zeddemore.

The development team announced that they are working on hacking the original Genesis ROM, which will add Zeddemore as the fourth playable character. The team consisting of BillyTime, Master Linkuei and Danilo Dais is working hard to not only include Winston in one of the best Ghostbusters video games, but also give the character his own unique characteristics. In a WIP video on YouTube, the team demonstrates that the newest Ghostbusters is stronger and can jump higher than the others, and will come with a blue jumpsuit from Ghostbusters 2 as an alternate uniform.

The team is keen to emphasize that although Winston takes Egon’s place on the character selection screen, he is not a reskin of any other character and was written from scratch. It’s currently a work in progress, but the development team is working on the finishing touches, such as filling in the placeholder portraits shown in the video.

It seems strange that Zeddemore, who is a fan favorite, was suspended in a Genesis game 32 years ago. But it is well known that during the preparation for the filming of the first Ghostbusters movie, Winston’s character played a big role in the franchise, but was cut after actor Eddie Murphy dropped out and was replaced by Ernie Hudson. In the four decades since his first appearance, Hudson has begun to play a more central role in the series. Hudson even mentioned Spirits Unleashed a few months before the official announcement from Illfonic.

Hudson’s status will be further consolidated with the release of Ghostbusters Spirits Unleashed, which is scheduled for release in 2022 for consoles and PCs. The story revolves around Zeddemore (voiced by Hudson), who takes new recruits and trains them in the art of destroying ghosts, while the first hunters retire.