Home Entertainment Ghostbusters: Beyond points to nostalgia in its new official trailer in Spanish 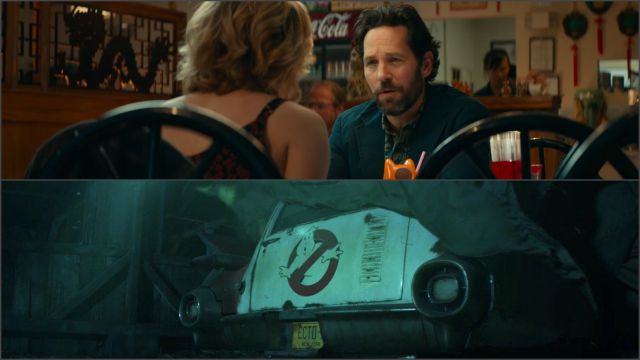 Ghostbusters: Beyond shoots straight into the hearts of the nostalgic in its new official trailer, available at the top of this piece. The leading group goes through some of the elements that are part of the photography of the saga, only now they appear in the middle of 2021. In addition, you will be able to see how the dubbing in Spanish unfolds. It will hit theaters throughout Spain on December 3.

Ghostbusters: Beyond, All We Know

The new installment is a return to the origins of the license from the perspective of previously unpublished characters. As we can read in the official description, “a single mother and her two children are going to live in a small town where they will discover her connection with the origins of the Ghostbusters and the secret legacy that her grandfather has left them. ”.

In the direction is Jason Reitman, a filmmaker who during his career has provided us with works such as Juno, Up in the Air, A life in three days and The candidate, among others. This film is a direct sequel to Ghostbusters 2, the script of which has been written by Reitman and Gil Kenan himself.

The cast is made up of actors from yesterday and today. The always fireproof Sigourney Weaver will be joined by performers from the depth of Finn Wolfhard, Carrie Coon, Mckenna Grace, Paul Rudd, Logan Kim, Annie Potts, Celeste O’Connor and Oliver Cooper, to name a few examples from the broad cast. We can look forward to the appearance of Bill Murray; in fact, during the trailer he already does it in the form of a tribute to the legendary original introduction.

The health situation in which we find ourselves delayed its premiere throughout 2020 to some point in 2021. Finally, we already know the date on which to taste this new chapter: December 3.

Every James Spader Movie is Ranked from Worst to Best