Home Entertainment Ghostbusters: Beyond and its new teaser trailer with Paul Rudd (Ant-Man) and... 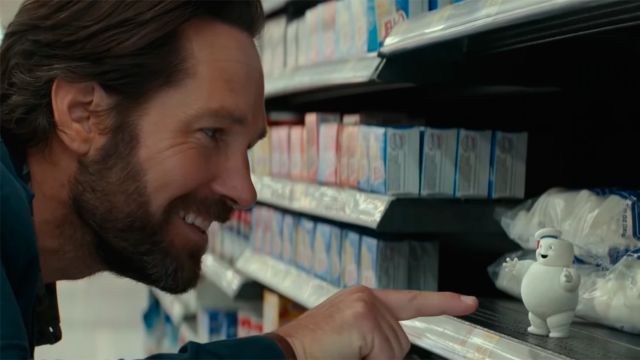 This is how Sony Pictures has presented it through its usual channels, sharing this short but fun video clip starring one of the most recognizable icons of the Ghostbusters saga. And is that this new film is intended to be a direct sequel to Ghostbusters 2 of 1989 and is created and developed by the son of the original director, Ivan Reitman. We leave you with the official synopsis of Ghostbusters: Beyond:

“Ghostbusters: Beyond tells the story of Trevor and Phoebe, two teenagers who are forced to move to a town with their mother Callie (Carrie Con), who has just gone bankrupt. The choice of this place and not another to start a new life is because the house where they will reside belonged to their grandfather, and it is the only property they currently maintain. Once settled, the family will begin to integrate into the neighborhood. Trevor (Finn Wolfhard) and his sister Phoebe (McKenna Grace) begin to investigate the secrets that have been kept hidden from their family’s past for decades. All this with the help of Professor Grooberson (Paul Rudd), who teaches them everything they need to know about the ghost ”.

Ghostbusters: Beyond is slated to hit theaters this fall after several delays due to the global coronavirus crisis.