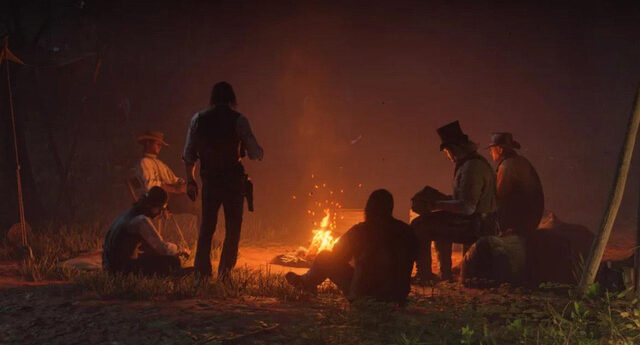 The most inspired game was announced during the development of Ghost of Tsushima, which PlayStation players are looking forward to. Game director Nate Fox said this game is Red Dead Redemption.

We keep getting new information about Ghost of Tsushima, which PlayStation users are curiously waiting for. Sucker Punch, which previously managed to attract the players to itself with the inFamous series, plans to come up with a very different production this time.

So what will Ghost of Tsushima offer us? We actually got the answer to this question. We saw the magnificent atmosphere and interesting structure of the game with the 18-minute video game at the State of Play event on May 14th. But before the game was released and tried by the players, there was an even more curious explanation by Sucker Punch.

The number one inspiration was Red Dead Redemption:

Sucker Punch announced the game they inspired the most when developing Ghost of Tsushima. As you know, the first name that comes to mind when it comes to open world games is the GTA productions of Rockstar Games. However, the developer studio drew attention to Rockstar’s second-largest series, Red Dead Redemption, instead of the GTA series.

Ghost of Tsushima game director Nate Fox said in an interview with Gaming Bible that the first Red Dead Redemption game was the number one inspiration for them. However, Nate explained that what inspires them in the game is not the atmosphere of Red Dead Redemption, but its in-game life:

“I say our number one inspiration for our game is Red Dead Redemption — not Red Dead 2 — because they’ve done amazing work in realizing the fantasy of being a rogue cowboy. The landscape, the way people talk to you, your movements – all this has brought you that identity. ”

Of course, Ghost of Tsushima was not the only inspiration for Red Dead Redemption. Nate Fox said other Legends of Zelda: Breath of the Wild, where we can count Nintendo’s masterpiece among other productions they inspired when developing the game.

PS5: Will PlayStation with “water cooling” be available?

What is HughesNet: meet the satellite internet company