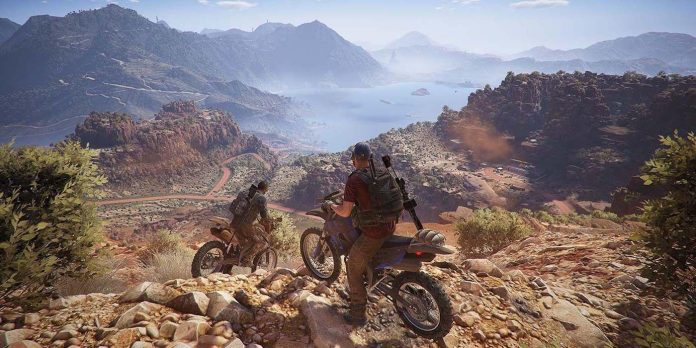 The Ghost Recon Wildlands game, released in March 2017, translates a series of tactical third-person shooters into an open-world format. Adopting a modern setting instead of the futuristic time period presented in earlier installments, the game presents players as elite Special Forces operatives known as Ghosts. The open world of Ghost Recon Wildlands, set in Bolivia, allows players to conduct tactical military operations in various regions, including forests and deserts. The Ghosts use the latest military technology to fight the evil cartels, and the cooperative multiplayer game allows up to four players to join the battle as a unit. In October, Ghost Recon Wildlands was free for a limited time, and now Xbox Game Pass subscribers can also play it for free.

Microsoft has announced that a collection of games will soon be added to the Xbox Game Pass, including Ghost Recon Wildlands and Two Point Campus. Ghost Recon is available from today, August 2, and the rest of the games will go on sale within a month. On August 4, the Shenzhen I/O puzzle game and the Turbo Golf Racing arcade racing game will be added. The Two Point campus will be available on its launch day, August 9, and Cooking Simulator, Expeditions: Rome and Offworld Trading Company will appear on August 11. Various other Xbox Game Pass perks, such as the Fall Guys: Coconut Milk costume and the Elder Scrolls Online set: Noweyr, will also be released within a month.

if you’re having a bad day, at least you have these games you’re looking forward to https://t.co/NTX9DK6Vzg pic.twitter.com/NgWYacKfpK

Despite the fact that it has not yet been released, the preliminary versions of Two Point Campus point to a fun and reliable management simulator. Being a continuation of Two Point Hospital, the game challenges players to manage many different school campuses. At each level, players must make sure that schools are financially viable and students meet their individual needs. However, the Two Point campus is also a lot of fun: students attend courses such as “Science Science” and “Fun Business”, while there are giant burger vending machines and other gadgets in the campus buildings.

From Ghost Recon Wildlands to Two Point Campus – A lot of new games will be released on Xbox Game Pass in August. The subscription service provides users with a huge number of games to explore, including massive open-world shooters and carefree school management simulators. Between Ghost Recon Wildlands, Two Point Campus and other Xbox games, the Game Pass will soon become even more valuable.