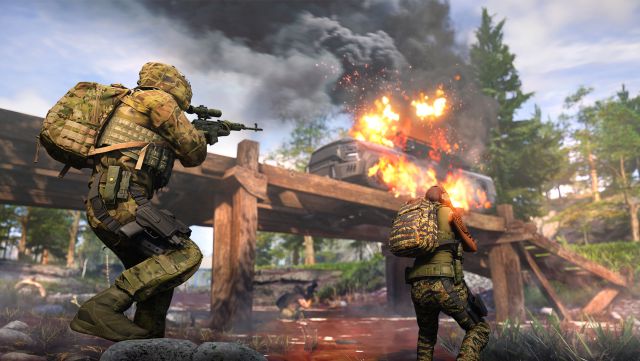 Ghost Recon Frontline: The new free-to-play title developed by Ubisoft Bucharest has recently been announced for consoles and PC. On the occasion of the 20th anniversary of the Ghost Recon saga, Ubisoft announced the brand’s next title, a video game under the free-to-play model (free but with microtransactions). This is Tom Clancy’s Ghost Recon Frontline, a production of the Bucharest studios, which designed the multiplayer mode of Breakpoint. Although a first closed beta was planned, the developer has published its decision to delay it in an official statement.

“We have decided that it is better to postpone the closed test of Ghost Recon Frontline,” they point out in the note published on social networks. “The development team is dedicated to creating the best possible experience. We will share more details on the new closed beta date as soon as we can. Thank you very much for your continued support ”. The truth is that the announcement of the video game generated harsh in part of the community, although only some pieces of the gameplay have been shown.

We have an important message regarding Ghost Recon Frontline's Closed Test. pic.twitter.com/ne1VgOLMJF

A multiplayer PvP with more than 100 players

In its presentation, Ubisoft Bucharest announced that they already have two modes outlined for this PvP-type video game. In Expeditions, the main mode, more than 100 players will be grouped into teams to collect pieces of information. Once recovered from the drones, the data extraction will take place. That is when the issue will flare up, as the rest of the users will try to steal the documents before the extraction is complete.

Ghost Recon Frontline does not have a release date yet, but it does have confirmed platforms. Despite the fact that so far Ubisoft has experimented with free-to-play on mobile devices, this new multiplayer bet is designed for consoles and PC. Thus, we can enjoy the game on PS4, PS5, Xbox One, Xbox Series X, Xbox Series S and PC. The difference between the new and previous generation versions will be visual and performance, but will not affect the number of players. On the other hand, Ubisoft has incorporated both play and cross save.