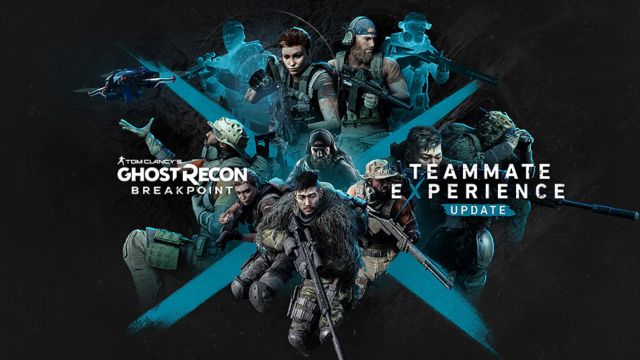 Ghost Recon Breakpoint: Although it did not meet sales expectations, Ubisoft will continue to support the title throughout this year 2021.Ubisoft unveiled the roadmap for Tom Clancy’s Ghost Recon Breakpoint for this year 2021. Among the upcoming releases is patch 4.0.0, which will introduce new features for AI-driven companions. In a press release, the French company has reported that the free update will be available on May 25 for all versions of the video game. They define it as “an experience” of the AI ​​of the allies “completely new.” In fact, it will implement 14 improvements, among which are the individual passive skills and shared with the rest of the companions, as well as the passive ones to increase the damage or resistance.

From now on, teammates will have a team level that will be measured through a common experience bar, which they have called team experience. To get it, just play with active AI allies. They also explain that team experience will be gained when players perform actions such as taking kills, revives, and timed shots on specific team missions. When teammates level up, a notification will appear, which will allow us to see the improvements achieved.

Ghost Recon Breakpoint will incorporate a new list of challenges, for which of course we will also receive team experiences and rewards. They are as follows:

Piercing Shot: Vasily fires a special shot that deals massive damage to the target. He only uses this ability against enemy drones and vehicles.

Scanner: Fury detects all nearby enemies and communicates his position to the unit.

As they are soldiers controlled by artificial intelligence, when the skills are unlocked they will use them in the required situation, although the player will be warned so that they take it into account in their strategies. In addition to all this, the team has added other features demanded by users.

Manage unit size: you can now activate or deactivate teammates individually, so your unit will have the number of members you want.

Customize Your Rainbow Six Companions: You can now customize the look and primary weapon of your Rainbow Six companions. The only non-modifiable options are body features and headwear.

Disable AI Companions Abilities: New abilities included in the update and Rainbow Six abilities can be disabled in settings.