Home Entertainment Ghost of Tsushima Disappears From PS Store; Just Before The Premiere of... 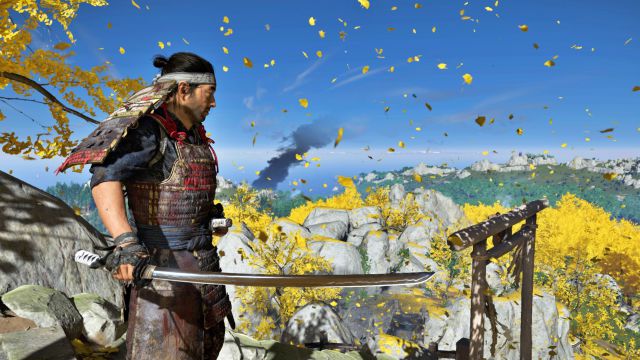 Ghost of Tsushima: The title is no longer available in the Sony digital store a few days after the premiere of the Director’s Cut. We can no longer buy the original game.Ghost of Tsushima for PS4 has permanently disappeared from the PlayStation Store. The standard edition of the Sucker Punch video game is thus discontinued from the official Sony portal days before the arrival of Ghost of Tsushima: Director’s Cut for PS4 and PS5, the improved version with more content that will be sold at full price from this point on. 20th of August.

Sony thus completes a process of discontinuation of the original video game that began last July. As we already told you, the base PS4 game had been removed from the PlayStation Store; Not surprisingly, PlayStation still allowed access to the game by reserving the Director’s Cut edition. In this way, the only possible alternative for PS4 players who want to play the vanilla version, without the news of this new edition, is the physical format.

Ghost of Tsushima: Director’s Cut arrives this Friday in physical and digital format at a price of 79.99 euros for PS5 and 69.99 euros for PS4. Here we tell you how much it will cost you to update if you already have the base game; depending on whether you come from PS4 or already have a PlayStation 5.

Ghost of Tsushima Director’s Cut hits stores this August 20 for PS4 and PS5 although there are nuances when it comes to updating from PlayStation 4 to the next generation console. To make things easier for you, in this article we explain how to update, prices and available options.

In addition to the full game, the Iki Island expansion, and Ghost of Tsushima Legends (multiplayer), this Director’s Cut version will include a digital art book and other content such as director’s commentary. PS5 users will be able to enjoy the gameplay in 4K resolution and at 60 frames per second, taking advantage of the technological functionalities of the DualSense controller from the first moment.

Filmin Premieres of August 2021: The debut of Alan Moore and...