Home Entertainment Ghost of Ikishima: PlayStation Registered In The Domain Of The Standalone Firm... 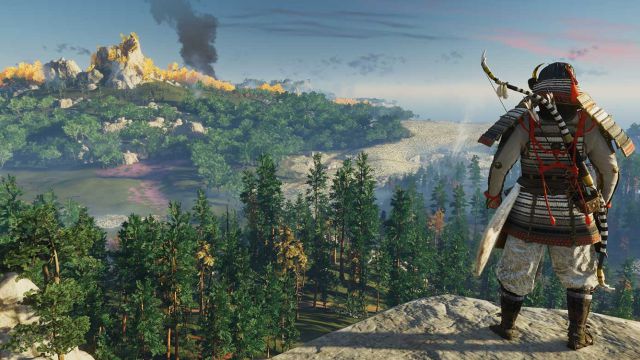 Ghost of Ikishima: The original title from the creators of Infamous is an open world game that is set in medieval Japan.The river sounds, the katanas clatter, and blood drips onto the land of the samurai. Ghost of Tsushima, the production of Sucker Punch, is one of the star video games of PlayStation, a new intellectual property that was released in 2019 and that has caught on among gamers. The possibility of an independent title has been rumored for some time, a more consistent probability since Sony has registered the domain of Ghost of Ikishima.

According to Gaming Route, the domain was registered just two days ago and redirects directly to the PlayStation website. At the moment, the Japanese company has not announced anything about it, it has not even revealed if there will be some kind of State of Play, since the Japanese were not present at E3 2021. With Gran Turismo 7 and God of War: Ragnarok delayed Until 2022, the PS4 and PS5 calendar has a name of its own, that of Horizon Forbidden West. Will Ghost of Ikishima be scheduled for this 2021? We will have to wait for an official communication to take place.

Ghost of Tsushima, a change in its cover

Following the release of Horizon Zero Dawn and Days Gone on PC, Sony confirmed that it would release more titles on this platform in due course. However, he did not confirm which one will be next. What has been detected is that the cover of Ghost of Tsushima has been redesigned: not only does an informative label appear about Legends, the free multiplayer mode, but the stamp of “Only on PlayStation” has also disappeared, which has fed rumors about a possible adaptation to compatible. Be that as it may, Sony is silent.

Ghost of Tsushima was released exclusively for PlayStation 4, but like other first party titles, the game received a patch for PlayStation 5. The next-generation version implements performance improvements, since it is possible to enjoy it at 60 fps .