Home Entertainment Ghost in the Shell: What is Section 9? 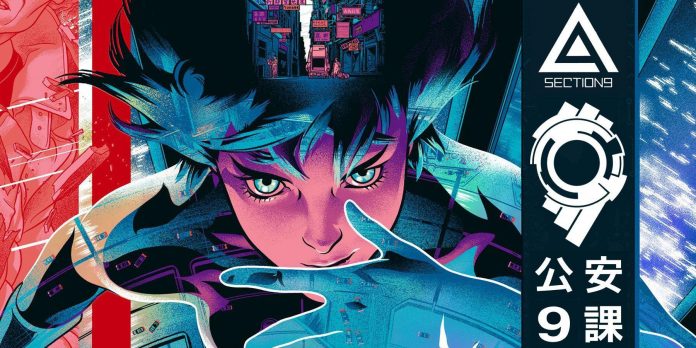 Major Motoko Kusanagi is one of the most iconic characters that ever graced the world of anime. From how she looks to how she conducts herself in the series, everything about her is so memorable. But Kusanagi is not alone in this regard. There are other characters from the series that are as iconic as she is, such as Batou the gentle giant, and Togusa the natural.

The story does a great job of crafting well-rounded characters that feel so alive. From the motivation behind their action to how they view the world, each of them are so different from the other. The one thing that they all have in common is the fact that they are part of the same team, Section 9. But what is Section 9 actually? For the purpose of clarity and brevity, this article will focus on the anime version of Ghost in the Shell. After all, although the story and the concept of Ghost in the Shell originated from Masamune Shirow’s 1989 manga, the one that brought it to the global stage is the 1995 anime movie by Mamoru Oshii. So this will be limited only to the anime movies and series.

RELATED: Should You Watch Ghost in the Shell: SAC_2045 Season 2?

Public Security Section 9, more commonly referred to simply as Section 9, is an independent task force that is specialized in cyber warfare and anti-terrorism. Officially, they are part of the Ministry of Home Affairs, but compared to other departments, Section 9 has the greatest authority and independence.

The reason it is called Section 9 is because it is the ninth section within the Ministry of Home Affairs. Each section has its own function, such as Section 1 which is responsible for most criminal investigations within Japan, Section 4, which is a specialized military unit that also has a connection to the Ministry of Defense, or Section 6, which is specialized in intelligence, surveillance, and reconnaissance.

The head of Section 9 is a middle-aged man named Daisuke Aramaki, often lovingly referred to as ape-face old man by Batou. He is the one that came up with the idea behind an independent task force composed of highly-skilled individuals that can be immediately deployed without having to deal with any kinds of bureaucracy.

Aramaki presented this idea to Major Motoko Kusanagi, and let her choose the members according to her own criteria. Through all of their stellar achievement over the years, Section 9 has become something like a legend among law enforcement. The fact that they are composed of only 7 members, 8 if we count Aramaki, also makes it easier for them to keep their movements quiet. This is why some people even think that Section 9 is just a myth.

The Formation of Section 9

The formation of Section 9 is basically the main plot of Ghost in the Shell: Arise anime and OVA series, along with its 2015 movie. So for this section, we will use the information solely from the Arise anime.

As mentioned before, when Aramaki from Section 9 finds out about Major Motoko Kusanagi’s exceptional achievement while she was part of the elite 501 unit in the military, he offers her a chance to get out of the military and become an independent. The way to do that is by creating a special task force that can bypass every boring politics and act independently whenever the needs arise.

The Major is highly intrigued with this idea, but she is not particularly interested in working for Section 9. She will still form her own task force, but she wants to remain independent. So she will work together with Aramaki in something like a consultant/independent contractor basis. In exchange for their services and expertise, the team will receive a certain budget to fulfill their needs, proper maintenance for every member, and high-level access to every intelligence, among other things.

RELATED: Why The Big Three Of Shonen Anime Won’t Be Dethroned Anytime Soon

She chooses to create a team that centers on Cyber warfare and anti-terrorism. This means picking members that are not only great at armed combat, but also sufficiently capable at Cyber assault. This is why most of the members of the task force are former military personnel. This special task force remains independent for quite a long time, until Kusanagi finally realizes that there is merit in joining Section 9.

One of the reasons is because she acknowledges Aramaki’s ability and unwavering sense of justice. The other reason is because she needs somebody, or a system, that can keep her grounded. Because there are times when she is so obsessed with getting the job done that she ended up working outside the law. And that leads to a myriad of bad decisions that harm other people around her. So the task force joined Section 9, and the rest is history.

The Members of Section 9

Daisuke Aramaki. The chief of Section 9. He is the one that decides what operation that the team will work on. He is also the one that has to meet with the higher ups, or even the government politicians when needed. Motoko Kusanagi. The field commander. She is the one that decides which members work on which task. She is also the team’s best hacker and a world-class expert in Cyber warfare. Batou. The lead investigator. He possesses both the brain and the brawl that can help with both investigation or open combat situations. The only one who has a full cybernetics body on the team, other than the Major. Togusa. Investigator. A former police detective who has a very sharp intuition and often comes up with great insights on every investigation. Other than his CyberBrain, he hasn’t undergone any kind of cyber enhancement. Ishikawa. Covert Intelligence and Technology Executive Officer. A former soldier and highly-skilled intelligence operator that can find information on almost anything. He is also quite capable in combat. Though not as natural as Togusa, he still has a low prosthetic percentage in his body. Paz. Investigator. A former military personnel that is highly adept at undercover/spy work. He is also a proficient blade user. He has a low prosthetic percentage as well. Borma. Spotter, Investigator, Bomb Specialist. A former soldier who often acts as support during combat. On his own, he is a very capable investigator and an exceptional bomb specialist. He has a nearly full cybernetics body. Saito. Tactical Sniper. A former soldier and a world-class sniper. He can act both as a support during combat or as an assassin. His main cybernetics part is his left eye. But he started to add some prosthetics due to the injury that he suffers during work.

As you can see, apart from Togusa, the majority of the field members of Section 9 are former military members who use cybernetic limbs. The reason why he is the odd one out is because Kusanagi believes that the team needs variations and flexibility. After all, a family man with a natural body sees the world differently than a bunch of high-functioning cybernetic soldiers. And that different perspective is highly important to the Major. When all of these specialists work together under the leadership of the Major and Aramaki’s direction, Section 9 is capable of tackling any kind of cases that come their way.

“Challenge”: Julie Stoffer says she will participate in “All Stars 4”...