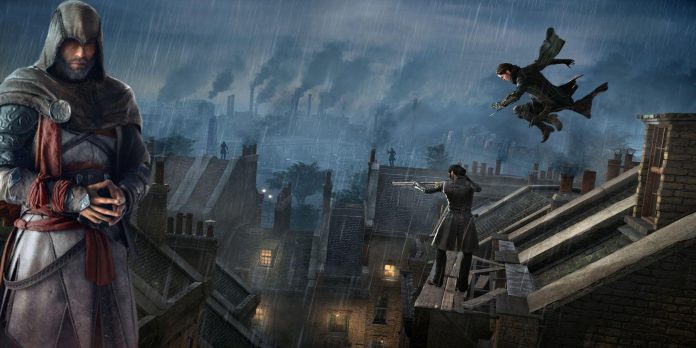 The legacy of Assassin’s Creed was rich in historical narrative, wonderfully recreated settings and combat encounters with unassuming enemies. It replaced the Prince of Persia series in 2007 and has never looked back, and fifteen years after it first hit the shelves, it looks like it has reinvented the formula. Mirage is the subtitle of the next installment of the Ubisoft—developed series, and it looks like the franchise is returning to the format that existed before Assassin’s Creed Origins. This is an attempt to “get back to basics”, and many are interested in paying less attention to advancing through levels and RPG elements.

Nevertheless, an influx of new fans came to the Assassin’s Creed series, who were attracted by its more open philosophy. Assassin’s Creed Valhalla was a worthy move to try to please both new and returning fans, but in an attempt to satisfy everyone, it failed. The franchise is clearly in a state of change, but while many want it to return to what they think were the glory days, the successes achieved by Ubisoft are too good to completely abandon them.

Ubisoft has no shortage of open-world objects, and although Watch_Dogs, Ghost Recon and Immortals Fenyx Rising have their advantages, Assassin’s Creed sandboxes are perhaps the most famous. Recreating cities such as Athens, Alexandria and London with sufficient historical authenticity, while being designed with an eye to entertainment and research — this is what Assassin’s Creed easily achieves. Watch_Dogs 2 creates an accurate look at modern San Francisco, but even more impressive is the creative license required to create a new game in a certain period of time.

Returning to the philosophy that the franchise followed until 2017 would allow Ubisoft to think carefully about the settings, but never on the same scale as later games. London, featured in Assassin’s Creed Syndicate, is strong, but it lacks the broad reach of Greece in Assassin’s Creed Odyssey 2018, and so it seems more restrictive. Ubisoft has the ability to tell well-thought-out stories, but even more important is its ability to embed a story into an attractive world.

“Back to Basics” Could Ruin Assassin’s Creed Research

The scope of Ptolemaic Egypt, Ancient Greece and Medieval England gives players the opportunity to move away from the main narrative and get lost in the world. They are perfect for escapism and give players the opportunity to create their own experience, which some players consider to be the best in this series to date. There’s a lot done right in Assassin’s Creed Origins, and while Bayek isn’t as revered as Ezio, he exists in a game that places more emphasis on player-led exploration than convoluted storytelling.

Assassin’s Creed currently conforms to the open-world formula adopted throughout the AAA space; abandoning the vast environment would be swimming against the current tide in games. Finding fun in all corners of the game is what players expect from any open world in 2022, regardless of size, and Assassin’s Creed is an industry leader in pushing boundaries. “Getting back to basics” may be a bolder endeavor than Ubisoft believes.

Even though it struggles to match the high heights of open-world games like The Witcher 3: Wild Hunt and Horizon Zero Dawn, the frequency of high-quality Assassin’s Creed games is beyond ridicule. Both Assassin’s Creed Origins and Odyssey were released 12 months apart and offered vast landscapes that were as different in structure as they were in location. Every Assassin’s Creed game is the perfect game to play in between years of waiting for others in the open—world RPG genre.

The size of each open world in the last three main Assassin’s Creed games has allowed players to do more things than the main plot. Assassin’s Creed Origins was big, diverse and filled with content to satisfy fans thanks to the release of its successor. Assassin’s Creed has turned from a short, pleasant excursion through world history into a huge epic landscape, which can take months to view. Longevity is important in 2022, and abandoning the formula of the latest games in the series will dramatically reduce the amount of time it can please fans.

The problem of polarization of Assassin’s Creed

By switching to an open-world RPG formula and mining-based progress in 2017, Ubisoft caused a split among fans. Players who found solace in Ezio’s trilogy were concerned about the drastic difference that Cassandra’s journey brought, but fans of the latest games may not be inclined to return to the origins of the series when the already confirmed Assassin’s Creed Mirage is released.

A Pokemon fan has created a unique bulbasaur art that makes...