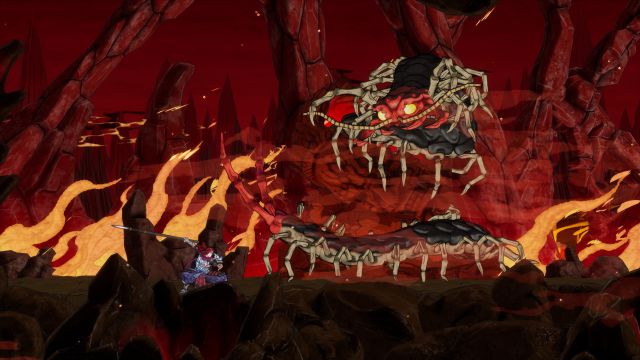 Getsufumaden: We analyze the latest Konami video game, which resurrects a franchise that no one expected. Getsufumaden: Undying Moon is, in a way, one of the events of this 2022 that is taking a run in releases. The reason is that Konami’s stamp is less and less frequent in video games, so any title that comes from there – without being something related to football or dance, of course – immediately attracts many looks. Much more so if the proposal is something that no one could have ventured even in the most absurd dystopia: raise your hand if you were waiting for an official sequel to a forgotten NES title –which did not come out of Japan– that has not been replayed. speaking since 1987. As crazy as it may sound, that is exactly what we have in hand. It is also roguelike, in case something was missing.

From the outset, it is obvious that Konami has several dozen video games in its drawers worthy of a sequel, which would fit perfectly with proposals that are more or less current right now. In fact, it is not very well understood that we are still waiting for a return to the big screen for the Castlevania series, precisely at a time of high tide for metroidvania. But this is not the time to lament what we don’t have, but to assess whether this new Japanese indie can be a new beginning for this mythical developer. If Konami could rethink, in short, the abandonment to which it submits its video game area to the detriment of gyms.

The new Getsufumaden has a powerful weapon to seduce. Although one does not start to see the reports in which its authors have detailed their approach to the ukiyo-e artistic style in a 2D video game, the truth is that the graphic aspect of this video game is something so good that you have to like soaking it up well how it was done It doesn’t seem like an exaggeration to consider it the most colorful and personal two-dimensional title of 2022, with a visual style so surprising that it has to be seen in motion. We will have to see what happens to this small developer in the future, since it seems that they are clear that Japanese visual folklore is their thing, but for now they have shown a talent for all this that we had not seen since Clover Studio with the sensational Okami . Characters and final bosses are the best of the entire game, although this is a title with too many chiaroscuro.

Once we get down to business, Getsufumaden convinces at first with a solid foundation in terms of combat. Our protagonist can wield a good number of main and secondary weapons that he walks through randomly generated scenarios in which we have to find the exit while we eliminate enemies. It goes without saying that he is also taking advantage of what he finds out there, with the clear desire to strengthen himself in the face of the last levels. The final icing is put by the danger of every roguelite, since any mistake takes us back to the beginning of the game without forgiveness. All this sounds as fun as it is familiar, since it is exactly the proposal of one of the great indies of recent years that this watercolor samurai wants to measure up to at all levels. Unfortunately, not everything has turned out equally well.

Skate 4 Also Arrives On PC: The Official Confirmation Of Electronic...