Home Entertainment GetsuFumaDen: Undying Moon, Ompressions Of The Return Of A Classic 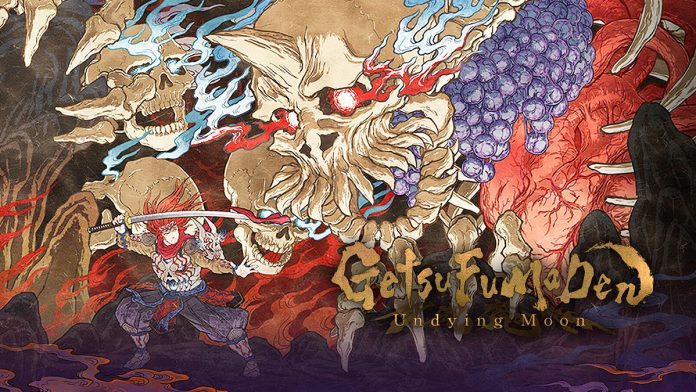 GetsuFumaDen: Konami surprised with the announcement of a new game underway that arrives this Thursday, May 13, as Early Access to Steam. In 2022, the final version also on Switch.
We didn’t see this coming. A game with a very particular visual style, set in Japanese folklore and its mythology, in 2D and, drum roll, by Konami. The announcement that was made during the last indie games showcase for Nintendo Switch gave us the return of a classic that came out on the NES, but never made it from Japan, and signs of life from a company we had not known about for too long. nothing. Getsu Fuma Den: Undying Moon is coming to Steam as Early Access and will soon be coming to Nintendo’s hybrid console. Surprising? Enough, why fool us.

When at the beginning of the game the red background comes out with the classic Konami letters in the center, you have an impact of what evokes nostalgia, but you hardly remembered. The Japanese company is synonymous with Pro Evolution Soccer, of which last year we only had an update of the previous installment; It is also Metal Gear, a saga in limbo since they broke ties with Kojima; also from Castlevania, which in the face of the rise of metroidvania-type games and the like, does not seem to have wanted to claim its place; and of many other sagas such as Silent Hill, which only appears to be the protagonist of rumors that last for months and do not materialize. Or Contra, Suikoden, Bomberman … Among this cast, the one who returns is Getsu Fuma Den. A stranger in the west. But a proposal that has a Konami aroma, although we would have forgotten it.

The title at hand is presented to us as a 2D Roguevania proposal with official release in 2022 but which now allows it to be tested in a first phase. And let’s see, although in a scheme like the one presented to us we will always think of Alucard, the staging has its appeal. We start by controlling Getsu Fuma, leader of his clan and recognized for his heroism, who sees next to the Lady of the Sanctuary how the seal of hell has been opened, leaving the yokais and other demonic entities to wreak havoc. A simple, short and basic premise to go after the enemies. After a brief tutorial, we will start from a base area where we will take some of the available weapons and launch ourselves against the enemies in different phases.

Getsu is organized like a regular Metroidvania. That’s a map with different paths to go, non-linear in development as we face enemies, collect rewards, and find new treasures. To advance we have a combat system that responds to the ABC of the genre. We will have the double jump, a button to dodge, a button to attack, a couple to use secondary weapons and a special ability button that changes between weapons. The katana makes a kind of parry, while the club launches a very powerful attack.

As we progress through the levels, we can collect all kinds of souls, money and also new weapons to expand our range of attacks. These, in addition, can be improved in-game by sucking souls that enhance different characteristics of the character. All this while we are facing enemies with different patterns and that require the user: the damage they do to us is not less and the healing objects are not too common.

Gran Turismo Sophy: This Is The Artificial Intelligence Capable Of Beating...