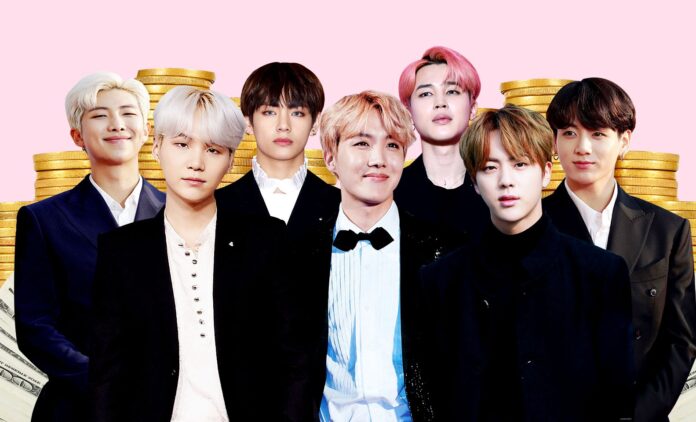 The group will release 5 graphic books to give ARMY a new musical experience. BigHit revealed the covers and the trailer of Lyrics Graphic of BTS, inspired by his album title “The most beautiful moment in life”.

The group has achieved great popularity in K-pop, because thanks to their music they have managed to conquer their thousands of fans, in addition to transmitting various messages with their songs, which now you will have the opportunity to enjoy in a more sensitive and different way. : through images.

Recently, BigHit published the release of thenew BTS booksthrough their Twitter account,this plan was revealed during their annual conference in February. The project is for fans to enjoy some of their songs through drawings inspired by these melodies.

The trailer for theGraphic Lyricsshows various scenes similar to an anime, each of which reflects moments from”The most Beautiful moment in Life”, the covers are inspired by the titles of the songs they chose for these5 books.

BTS chose “You never walk alone”, “Save me”, “House of cards”, “Run” and Butterfly “. The illustrations will recreate what the letter says, its elements, metaphors and the story that each one tells.

Apparently, the group will use some illustrations by local artists, an opportunity to support the talent and boost their work, just as they did with “CONNECT BTS”.

ARMY is happy to be able to enjoy this new project, there is no release date yet, but the teaser also included various phrases that are inspiring and emotional for the fandom. Are you ready to buy these books? It is a new way of enjoying music, as if you were reading a story that conveys their voices, their message and their music.

These books are not his only project on the doorstep, remember that his docuseries “BTS Music Journey” will be released in a few days , a work where they will commemorate his passage during these 7 years of career.

Kaylia Posey’s mom talks about the last days of the graduate...

GOT7 starts a new chapter in your career, what are your...