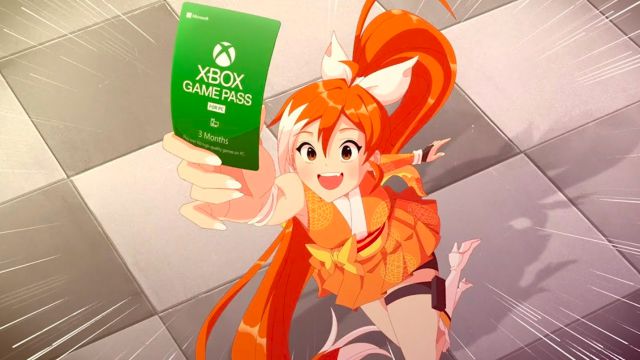 Crunchyroll: Microsoft’s service now also allows us to enjoy animes like One Piece, My Hero Academia or Demon Slayer for two and a half months. As if the advantages of Xbox Game Pass were few (watch out for the piece of the month of November that is being marked), Microsoft has wanted to add one more: 75 days free of Crunchyroll Premium that anyone can redeem as long as they do it before the 8th of February 2022, the date the offer will expire. And yes, the promotion forces us to create a new Crunchyroll account (remember to remove the automatic renewal) and it will only be available to Xbox Game Pass ULTIMATE subscribers (here we explain the differences).

In case you don’t know it yet, Crunchyroll is the otaku platform par excellence. A streaming service like Netflix or HBO Max, but focused solely and exclusively on anime. During those 75 days, a catalog with more than 1000 series will be made available to us, including names such as One Piece, My Hero Academia or Demon Slayer: Kimetsu no Yaiba. You can even follow the latest seasons of these at the rate of their broadcast in Japan. Every Sunday there is a new chapter of the Wano arc and the Guardians of the Night, for example.

How to redeem the free 75 days of Crunchyroll?

The promotion is available from now on and to get it, just go to the Xbox Game Pass section from the PC, the console or even the corresponding mobile application. From there you only have to access the rewards section. Once inside it, the Crunchyroll Premium offer comes out first under the name “Free Mega Fan Trial”. If you click on redeem, a QR code will be generated from which you are already redirected to the web to register and create your account on the platform. As simple as that. From that moment on, goodbye social life. (As we said at the beginning of the news, be careful with new accounts and automatic renewals).