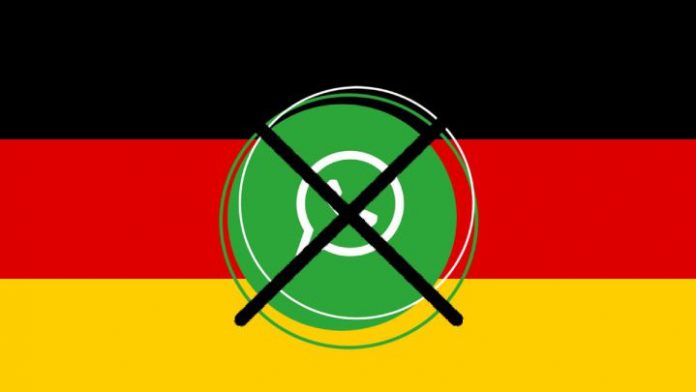 Germany: A4 days only from May 15, the deadline to accept the new WhatsApp Terms and Services with respect to the processing of your data, we have a whole lot of Germany, a country that from the beginning has not seen this maneuver of Facebook favorably and he has not hesitated to impose an order on him.

In the middle of last April, a German privacy regulator opened a procedure to prevent Facebook from going ahead with the update of the privacy policy. Hamburg’s data protection and freedom of information commissioner Johannes Caspar aims to prevent Facebook from aggregating WhatsApp data, fearing that the company will use it to expand its marketing and advertising business.

Caspar said in a statement: “Currently, there are reasons to believe that the data sharing provisions between WhatsApp and Facebook are intended to be illegally enforced due to lack of voluntary and informed consent. To prevent illegal mass data sharing and put an end to the pressure of illegal consent on millions of people, a formal administrative procedure has now been initiated to protect data subjects. ”

But the thing, far from stopping, has continued to legal proceedings, and the Hamburg Commissioner for Data Protection and Freedom of Information (HmbBfDI) has issued an order that prohibits Facebook Ireland Ltd. from processing personal data from WhatsApp in the insofar as you do it for your own purposes. An order under immediate execution of the emergency procedure of the General Data Protection Regulation (RGPD), which provides for the adoption of measures with a limited duration in the corresponding territory, in this case 3 months.

The background of the procedure is the request to all WhatsApp users to accept the new use and privacy provisions before May 15. This gives WhatsApp “broad powers to share data with Facebook.” With the new conditions, the powers for data processing are formally renewed and its content is expanded in the future. This refers, among other things, to:

– The evaluation of location information

– The additional purpose of ensuring the integrity of the services

– In addition, the notice that existed until now that WhatsApp messages are not shared on Facebook for others to see will be eliminated.