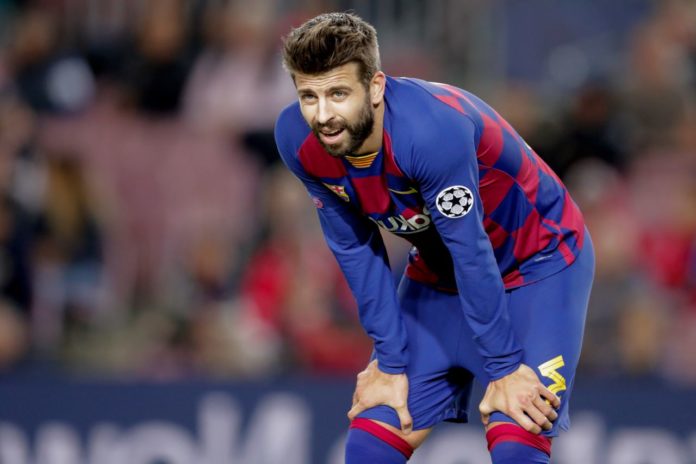 “Do you remember that night in New York? I would like Valverde or not, we were going to party anyway. I wondered why and he said he saw no reasons. I didn’t understand it but we ended up dating. ”

The phrase corresponds to Gerard Piqué in the documentary ‘Matchday” produced by Rakuten, the defense company, Kosmos Studios, and Del Barrio. For a while now, the central combines its multiple obligations off the field with a very discreet performance within it, especially this season.

Gerard Piqué’s commitment to participate in different projects is being discovered as a double-edged sword for the Camp Nou entity. On the one hand, the club benefits from its figure and contacts to get sponsorships, Rakuten without going any further, but at the same time, a player can not keep up with the acts, events and commitments of the ‘3’ and also ensure a rest more than necessary for your legs. It was already observed in Leganés how the center played one of their worst games of the season after attending the Davis Cup 2019 that he himself has organized.

When asked about football performance, the defender replied “if we see that we are leading and we are doing well in the Champions League, we would all sign it at the beginning of the season. We can improve in the game, but while we get to that, the important thing is to win games. Now the victory over the game prevails. ” What times those where the result did not take over Barça and it was not enough to win by playing regularly or simply well, it had to be done following the precepts of Pep Guardiola and quite the opposite was a heresy. In this sense, the power Gerard Piqué is acquiring In Barça it is so big that it seems that you can participate in productions where you leave the Barca club at the feet of the horses and nothing happens. It already happened with the departure of Neymar and the famous photo of ‘remains’ even though the central already knew he was going to leave and even the Brazilian ended up getting angry with him. Piqué accumulates power, responsibility and nobody stops him.

However, the star chapter comes with the signing of Antoine Griezmann for Barça a season ago, where the Catalan ended up participating with his audiovisual production company Kosmos Studios in one of the most ridiculous shows that Spanish football has lived in a long time. Of course, Barça was not very happy, neither were its fans. It is curious to observe how Ousmane Dembélé is treated as an undisciplined soccer player, problematic and unable to focus on football while Gerard Piqué, which his teammates took to grant the bracelet captain for his many outings of everything, scandals and other perogrulladas on and off the field, is seen as a kind of Bruce Wayne. In fact, it was Piqué himself who said a few months ago “Ousmane Dembélé has to learn to be professional 24 hours a day.”

Barça has a problem with Gerard Piqué, not only with the player, but also with the businessman. The center belongs to that group of players cataloged as ‘sacred cows’ to which nobody coughs, discusses or controls from within the club, of those who live well-off and manage the entity at will. In short, it seems difficult to discern where Barça ends and where he starts. We’ll see if when the ‘Valverde era’ ends, someone is able to limit their influence.

Neymar has said yes! And it is not at Barça de...

PSG: Mbappé is too strong for the Paris club!