Home Entertainment Geralt, Ciri And The ‘Endgame’ Of The Witcher 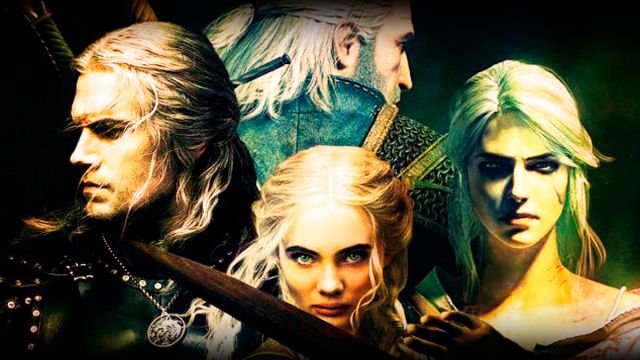 Geralt: After the premiere of the second season, we discussed differences in the series, books and games of the witcher to explore their possible outcomes. With the second season of the series achieving record numbers on Netflix, the third almost written and its showrunner, Lauren S. Hissrich, ensuring that the plan is to adapt all the books over seven seasons, it seems that we will have The Witcher for a while. Yet despite its undeniable success in capturing public attention, Henry Cavill’s Geralt ofRivia journey has both a long way to go and a growing number of licenses and diversions that make it difficult to know for sure how the film will end. history.

For this reason, because at this point we have three witches, with three perspectives and three “canons”, it seemed to us that it could be interesting to go through the past and the present, in addition to looking towards the future. Comment on some of those divergences that are already emerging, remember what the revealing encounter of the last chapter predicts and what possibilities the precedents offer for the series if it is not interrupted prematurely. Or what is the same, this text will include SPOILERS from the second season, as well as the books by Andrzej Sapkowski and the games from CD Projekt RED with the aim of better shaping a multimedia universe with still much to say.

Watching the second episode of the new season, surely fans of previous incarnations (on paper or virtual) were a bit shocked to discover how Eskel, after turning into a mutant plant due to an unfortunate encounter with a Leshen, was executed by Geralt and fed a pack of wolves. In the books, Eskel had never been a particularly important character, but he was one of the few fellow sorcerers left in Kaer Morhen and survived long enough to make the leap to video games without CD Projekt having to juggle narratively. .

The reason for this change is easy to understand without having to ask those responsible. Sacrificing a familiar character ahead of time serves to surprise, to mark distances with respect to the original material and create the illusion that others may also not be safe (the Game of Thrones syndrome) even if later it is decided to follow a normal course with them. The problem in practice is that this Eskel is eliminated in the same episode in which it is introduced, so it does not have time to become a relevant character for the novice viewer, without references outside the series, nor does its characterization serve to That the fan can consider him the same Eskel, no matter how much he shares a name or the representative scars on his face.

Geralt, Ciri and the ‘endgame’ of The Witcher

Something similar could be said of a Lambert with less resemblance and personality exchanged with that of his partner (originally Lambert was the toughest and Eskel the calmest), or of the dozen new warlocks who suddenly fill Kaer Morhen to become flesh of cannon and push Vesemir to extremes unrepresentative of his other incarnations during the final chapter. Licenses that probably do work for much of the casual audience, but show that fidelity has not been as high a priority as the manufacture of drama aimed at getting results quickly. Create and resolve your own conflicts without sowing and waiting as in the sources of inspiration.

Another symbolic example is found in the sorceress Yennefer. Although the players here do not have a clear point of reference – since the CD Projekt trilogy begins long after the first meeting between Ciri and her – the series hatches a plan through its loss of powers and the introduction of the unpublished witch of the cabin (Voleth Meir) to create a temporary antagonism within the protagonist trio: devoid of the motivations established during the first season and / or the books, Yen is forced to trick Geralt into kidnapping Ciri, then hesitate at the last moment and start a redemption arc, the recovery of lost trust, which will surely extend through part of the third season.

Geralt, Ciri and the ‘endgame’ of The Witcher

When adapting a story from one medium to another, these kinds of trade-offs are, as a rule, unavoidable. A series has a different structure and rhythm than a novel, which in turn has a different structure and rhythm than a video game. Last week, when remembering The Witcher 2, we already commented that when creating its first title, CD Projekt not only chose to place the story after the books despite the fact that the outcome of these complicated the existence of a conventional sequel, also to provide Geralt from an amnesia that allowed him to go on adventures ignoring all of the above, in addition to making the secondary ones with memoria intact (Triss, Vesemir, Eskel, Lambert) omit any data related to Yen and Ciri for convenience.

In hindsight, the first The Witcher hardly fits as a coherent sequel to The Lady in the Lake (Geralt’s final novel) and even has trouble fitting as a prequel to The Witcher 2 itself, a game where CD Projekt began to correct story and characterizations to give a continuity more faithful to the books. In the absence of Yen, in the first The Witcher Triss took her place not only as the main romantic interest, but also partially underhanded in terms of personality. It was the sequel that recovered its more cheerful and friendly tone – although still somewhat different from the books – as well as the importance of the Lodge and the reintroduction of characters more involved in political affairs such as Philippa Eilhart, a polymorphic sorceress recently introduced in the second season of the series.