Home Celebrity GEORGINA RODRIGUEZ AND THE SCENE OF HEAVENS THAT SHE DID TO CRISTIANO...

Georgina Rodrodriguez and Cristiano Ronaldo were protagonists of an embarrassing moment during the gala of the MTV Europe Music Awards 2019 thanks to a jealous scene by the footballer’s wife. 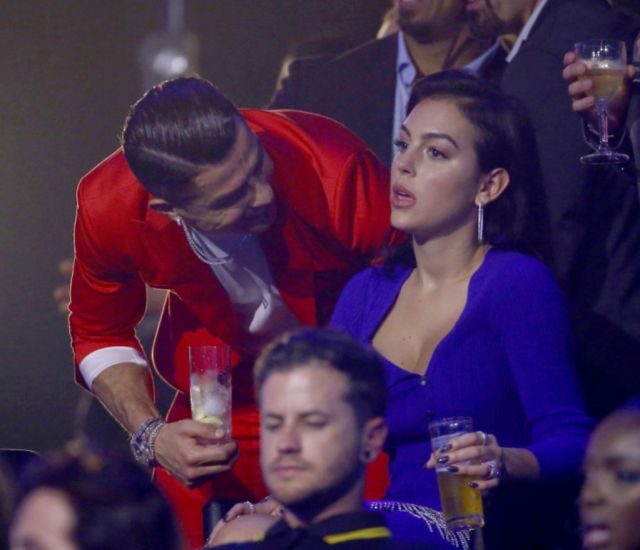 Everything was laughter and love during his arrival at the gala until the Portuguese actress Rita Pereira appeared in front of them, who had a steamy romance with the player between 2008 and 2010, while dating the model Irina Shayk.

Different media say that Rita ran into the arms of Cristiano causing her surprise and of course Georgina’s that did not understand anything that was happening.

Undoubtedly it was an awkward scene also for the same Ronaldo who did not expect the effusive greeting from the actress, and, according to witnesses it was not only the greeting, the actress was very distant with Georgina which ended up unleashing the fury.

Monty Lopez’s Explanation of the drama with Jung’s Mom Gravey and...