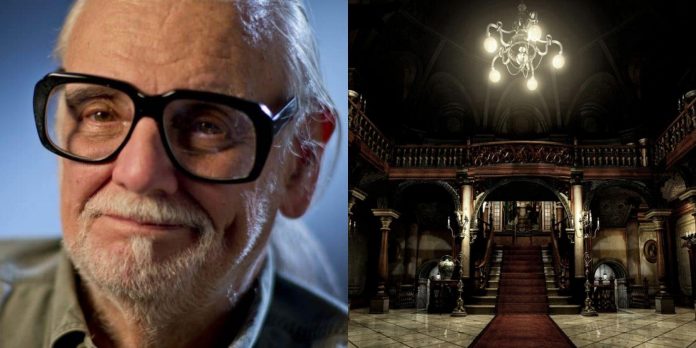 The films and TV shows of the Resident Evil franchise have been a bit shaky lately, though when haven’t they been? However, for diehard fans, there is something that will finally lift you from the grave: a new documentary about George Romero’s famous unsuccessful attempt to make the film “Resident Evil” is in development.

For fans of Resident Evil, George Romero’s never-made film almost took the status of an urban legend. In the late 1990s, after the huge success of the original Resident Evil video game, Romero, the creator of a modern zombie movie, tried his hand at adapting the game for a live action movie, although the producer Capcom closed the project. Now The Dawn of Discs has taken a fresh look at the upcoming documentary about Romero’s never-filmed film Resident Evil.

At the recent Creature Feature Weekend in Gettysburg, Pennsylvania, it was announced that a documentary about Romero’s Resident Evil is in development. Dawn of the Discs tweeted two teasers shared at the horror convention, which show the title screen of the film and an image from the original 1996 Resident Evil Playstation game. The project will be led by Jason Bareford, who was Romero’s production assistant, and Brandon Salisbury, who will direct.

After all that has been said, questions remain as to what material will be used in the documentary. Romero only completed the film’s script before it was rejected and never started filming, so the actual footage of the project almost certainly does not exist. Bareford and Salisbury are filming original material for the documentary, which will reportedly take place in a mansion inspired by Resident Evil and will be shot in a style reminiscent of Romero’s. Whether this means that the film will be a documentary drama or whether it will play out scenes from Romero’s never-filmed script is not entirely clear yet.

The film comes out at an interesting time when Capcom is not quite sure what to do with the Resident Evil property. After a series of failures, the video game series managed to reinvent itself in 2017, releasing Resident Evil 7: Biohazard, which received critical acclaim. However, the film franchise was not as successful. After completing Milla Jovovich’s lucrative but lamented Resident Evil: The Last Chapter film series in 2016, the franchise tried to go in different directions, but none of them was as successful as hoped.

The 2021 reboot movie “Resident Evil: Welcome to Raccoon City” was released with really frightening critical reviews, but a more positive fan reaction, and the Netflix television series “Resident Evil” received a very mixed reaction and was canceled after just one season. The future of the media franchise is up in the air, and looking back at Romero’s ill-fated adaptation could be particularly promising and a great learning opportunity.

Resident Evil by George Romero is expected to be released in 2024.

Pokémon GO: All Research, Rewards and Shiny for May