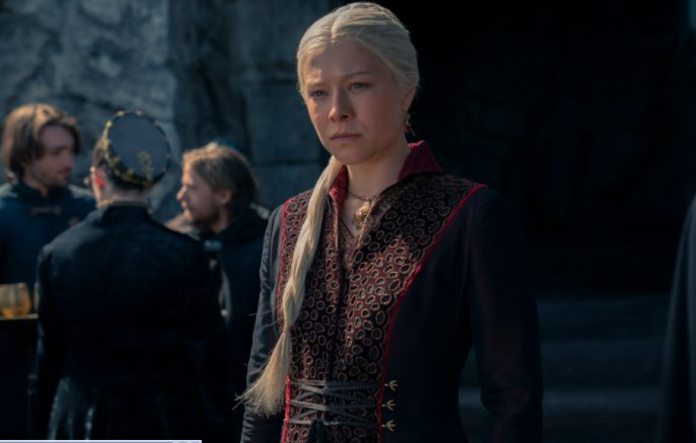 George R. R. Martin explained the absence of Dayron Targaryen in the first season of “House of the Dragon”.

However, fans noted the omission of their younger brother, Dayron Targaryen, who did not appear at all in the first season.

However, Martin has since cleared up all the misunderstandings by explaining Deiron’s absence in his latest blog post.

“Yes, Alicent gave Viserys four children, three sons and a daughter,” the author of “Game of Thrones” wrote. “Their youngest son Dayron is in Old Town now, we just haven’t had time to work with him this season.”

Also in a blog post, Martin took the opportunity to praise actor Paddy Considine’s performance, noting that his portrayal of King Viserys was “more powerful, tragic and fulfilling” than his own written version.

“Thanks to Eileen Shim, the screenwriter, Geeta Patel, the director, our incredible cast… and especially Paddy Considine for his role as King Viserys, the first of his name,” Martin wrote.

“The character he created (along with Ryan [Condal] and Sarah [Hess] and the rest of our writers) for the series is so much more powerful, tragic and fuller than my own version in Flame and Blood that I was half tempted to go back, tear out those chapters and rewrite the entire history of my reign.

He added: “Paddy deserves an Emmy just for this episode. If he doesn’t get it, hey, there’s no justice. Meanwhile, I’m going to slap Archmeister Guildane for missing out on so many good things.

Earlier this week, Considine revealed that Martin had sent him a message saying, “Your Viserys is better than my Viserys.”

Amber Heard is facing a new lawsuit after Being Sentenced in...