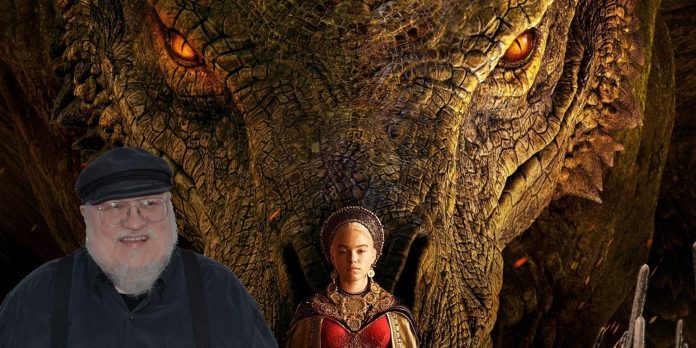 The premiere of the next series of George R. R. Martin’s “House of the Dragon” will take place next month. The Targaryen series will be a prequel to Martin’s Game of Thrones, in which Emilia Clarke starred as Daenerys Targaryen for eight seasons. Martin’s new series adapts his novel “Fire and Blood” and focuses on the initial history of the dragon family, including the civil war “Dance of the Dragons”.

Preparing for the release of “House of the Dragon”, Martin expressed hope that the franchise will continue to develop. In addition to the upcoming series “House of the Dragon”, HBO is also working on several spin-offs of “Game of Thrones”, including a series about Jon Snow, in which Kit Harington will again play his role. Martin hopes that since several other live and animated Game of Thrones projects are in development, he will continue his creative involvement in each project.

RELATED: New “House of the Dragon” Trailer Debuts Ahead of San Diego Comic-Con

As Martin continues to write the novels on which these HBO series are based, he has begun to wonder what place he will take in the franchise as it continues to grow. “Sometimes I sit around trying to figure out who the hell I am in this whole scenario,” Martin said. “Am I George Lucas? Am I Gene Roddenberry? I’m Stan Lee?” When asked which of the three creators he would like to be, Martin admitted that he wasn’t sure, but he knew who he didn’t want to be like. “After all, it’s not Stan Lee,— Martin said. “He had neither power nor influence. He didn’t write any stories. He couldn’t say, “Don’t play this character.” He was just a friendly person they brought to conventions and who starred in episodes. To be away from the world and the characters you created, it would be hard.”

Despite Martin’s fears that he would find himself in a predicament like Stan Lee’s, Martin admitted that he would like the Game of Thrones franchise to end as an MCU. “There are Avengers in the MCU, but they also have something unusual, like Vandavision,” Martin said. “I hope that’s what we can do with these other Game of Thrones shows so that we have diversity showcasing the history of this world.” With this flexibility that Martin hopes to find in his franchise, he hopes to avoid creating anything that feels repetitive. After all, “you can’t compete for the Iron Throne that many times.”

Martin will begin testing the flexibility of the Game of Thrones franchise with House of the Dragon. The series features a fresh cast that includes Paddy Considine, Emma D’Arcy, Matt Smith, Olivia Cooke, Steve Toussaint, Eva Best, Rhys Evans, Fabien Frankel and a number of others. The Targaryen series follows the royal family through a series of difficult periods, two centuries before Daenerys began her quest for the Iron Throne in Game of Thrones.

“Game of Thrones” is now available on HBO Max.

Rick and Morty paid for Mr. Pupibathol’s most confusing remark

The Addams Family: Christina Ricci May Live Morticia in The Netflix...